How to watch Billboard Music Awards 2021

The Billboard Music Awards have arrived!

After being hosted for three years in a row by American singer-songwriter Kelly Clarkson, this year’s BBMAs will see a change, with American singer, songwriter and actor Nick Jonas taking over this role. He will also be joining the rest of the Jonas Brothers, Joe and Kevin Jonas, for a performance at the BBMAs. 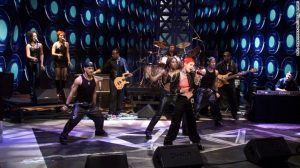 Canadian rapper and 27-time Billboard Music Award-winner Drake will be honoured with the prestigious Artist of the Decade Award, while American singer and songwriter P!nk will receive the Icon Award. American rapper and songwriter Trae Tha Truth will receive the Change Maker Award. Meanwhile, the Weeknd leads this year’s finalists with 16 nominations, followed by rapper DaBaby with 11.

The BBMAs will be airing live from the Microsoft Theater in Los Angeles on Sunday, May 23, at 8 p.m. ET/5 p.m. PT on NBC. In order to watch the event on cable television, you will need a traditional cable package. American multinational conglomerate holding company AT&T offers several plans, and you can choose one at your convenience. You could also use a digital antenna or Fire TV Stick.

There are also a plethora of ways to stream the BBMAs online. Since the Billboard Music Awards are airing on NBC, you can stream the event live on Peacock, an American over-the-top video streaming service owned and operated by the Television and Streaming division of NBCUniversal. You can get a basic Peacock subscription for free, but keep in mind that you will only have access to some of the app’s catalogue. Peacock Premium allows you to watch everything ad-free but has a 7-day free trial.

Another option is in the Hulu + Live TV. This plan gives users access to not only NBC, but also more than 60 other television channels, which allows you to watch the BBMAs as well as the network’s other TV and sports offerings. Like Peacock Premium, Hulu has a 7-day free trial.

You can also stream the BBMAs on fuboTV & Sling TV. SlingTV pairs with almost any device and allows you to customise which channels you want on your plan. Hence, you can watch the BBMAs for free on NBC. It is also offering a 7-day free trial.

Much like the previous options, fuboTV also provides a 7-day free trial. It gives you access to more than 200 TV channels, including NBC, so you can stream the Billboard Music Awards live.