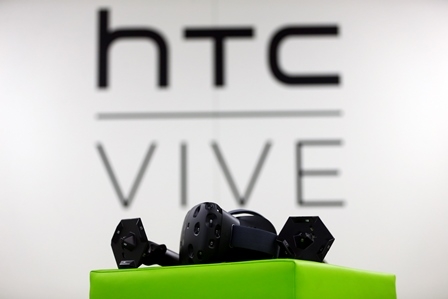 29 February, 2016, Barcelona: Though HTC didn’t launch any of its new gadgets in the recently concluded ‘Mobile World Congress’, the company said that it’s is working on its new flagship device which will be launched soon. HTC also hinted that it might opt for the mobile VR in future. Company feels that this new feature might revive the interest of its new customers.

Chialin Chang, CFO, HTC, confirms that company suffered a loss of US $ 101 million in Q4 2015 and adding pain to the agony, HTC One M9, which was launched last year, failed to allure the interest of the customers. Last year, HTC joined hands with games publisher Valve to build a virtual reality ecosystem. Taking the partnership further, the company also took the wraps off its new VR headset called Vive in the subsequent year. So these recent developments indicate that the company is gearing up for something big.

Apart from unveiling the Vive, now the HTC team is closely working on its ‘room scale’ VR, MWC16. However, the gadget will be launched in April and it will cost around US $800. Commenting on the future plans, Drew Bamford, corporate VP of HTC’s Creative Labs, “I can’t comment on our future roadmap but you can imagine HTC is as design led and innovation led business and of course it would make sense for us to work on more kinds of VR products, and products that unite our phone business and our VR business in ways that make sense.”