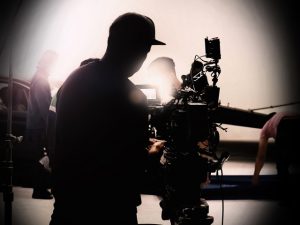 Artificial intelligence has made it possible to even resurrect the voices of dead artists and now, with the latest advancement AI is all set to wear the writer’s cap, embellished with feathers of awe-inducing qualities. AI will now write scripts and screenplays and collaborate with human performers.

The AI scriptwriters are called by the name ‘Calamity AI’ and it already has to its credit a short film named Date Night. The short film is one among a series of films that is the result of collaboration between AI and humans.

Though the movie might touch a vaguely nonsensical neighborhood with lead actors Owen Painter and Lily Rohren going on a date night with rather non-date-like mannerisms and behavior that touches a line of aggression.

Despite the oddities, the novelty of this step cannot be overlooked, because it’s not every day that directors employ a machine to take over the writing duties.

Calamity AI uses GPT-3 software for the generation of scripts that are used in short films. The beginning of these cyborg scripts was when Eli Weiss and Jacob Vaus began a script, and then assigned the program with the remaining writing work. The results were quite satisfied that they went ahead with the filming of these short scripts. Apart from Date Night, the software has also produced shorts like The Turing Test and Solicitors. Though these scripts are yet to be edited, they are picked from AI results which are most entertaining according to Weiss and Vauss.

As of now, the AI has under its control only short scripts and they are often characterized by a level of incoherence.

“The program seems to after a while, get very specific and dark and it writes itself in loops.”

However, the makers believe that the technology holds immense potential and can be of substantial help especially in situations when challenges like writer’s block arise. It can give new ideas for people to work on and in contradiction to the fears that it might replace humans, they might actually turn out to be the ones saving the show.