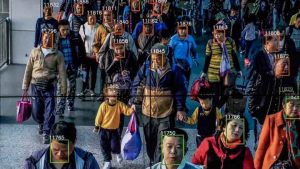 In an age and time where technology is simultaneously generating questions and answers, arguments have been raised concerning the security and privacy of certain technologies, with the implication that they often tend to violate the private space of users. This is also in sync with the ethical questions pertaining to technologies and the level of clarity of the answers.

In such an environment, the surveillance firm, Clearview has attracted attention with the surfacing of reports from BuzzFeed News, indicating its extensive and alarming reach, particularly focused on public agencies which adds to the weight of the issue at hand.

The foremost among the agencies to avail of its face recognition software was the U.S police departments which aggravate the gravity of the news.

As per the current reports, which may still have certain gaps to be filled, the company, over the years had made attempts to build relationships across a multitude of law enforcement agencies. The list is rather long and includes police departments, federal security agencies, and many others with public standing and significance.

A confidential source is behind the information provided to BuzzFeed which later took the form of this particular report. A well-detailed list of companies and other agencies who are alleged with the test or use of this software between 2018 and 2020 was provided by the source.

As of now, Clearview has deterred from confirming or denying the reports and their supposed validity. Even the organizations and agencies listed in the reports failed to respond or comment to the reporters’ queries despite the opportunity provided by the news outlet.

335 entities in the dataset accepted the use while another 210 denied the software usage. However, the accuracy of the reporting backed by additional interviews and reports put the latter at disadvantage.

According to what BuzzFeed wrote,

“The data indicates that Clearview has broadly distributed its facial recognition software to federal agencies and police departments nationwide, offering the app to thousands of police officers and government employees, who at times used it without training or oversight. Often, agencies that acknowledged their employees had used the software confirmed it happened without the knowledge of their superiors, let alone the public they serve.”

Another attention-grabbing bit of information that surfaced with reports was the New York Police Department’s apparent association with surveillance firm which was earlier denied by the former. In the wake of these reports, their claims stand contradicted, revealing that the NYPD had an association with Clearview since 2018.

BuzzFeed has also created a searchable table to help readers through the data it uncovered and to confirm, whether the software was used by their local governments.