Amidst rumors that Elon Musk is planning to wind down his plans for Hyperloop travel, a news portal reported on Saturday that The Boring Company has so far achieved major objectives in setting up a full-scale Hyperloop Test tunnel.

The Boring Company which is owned by Elon Musk recently shared a picture of what appears to be a Tesla Model 3 sedan inside a “full-scale Hyperloop” test tunnel. The image which was tweeted on the official Twitter handle of The Boring Company was then retweeted by the company head, Elon Musk.

Bloomberg News had earlier reported that a test tunnel for Hyperloop technology was dismantled by the company in Hawthorne and the location was going to become a parking lot. The testing tunnel which got dismantled was situated near the headquarters of SpaceX, a space exploration company owned by Elon Musk.

There were also reports that the test runnel was dismantled due to issues with the ongoing project and the need for focusing on other areas of the business.

The hyperloop technology project is mainly undertaken by SpaceX and The Boring Company. Bloomberg News report hinted that SpaceX was scaling down on its ambitions and objectives for Hyperloop.

The idea of travelling based on Hyperloop Technology was put forward by Elon Musk in 2013. Since then, Musk and some commercial business houses around the globe have been trying to develop the technology of Hyperloop traveling. 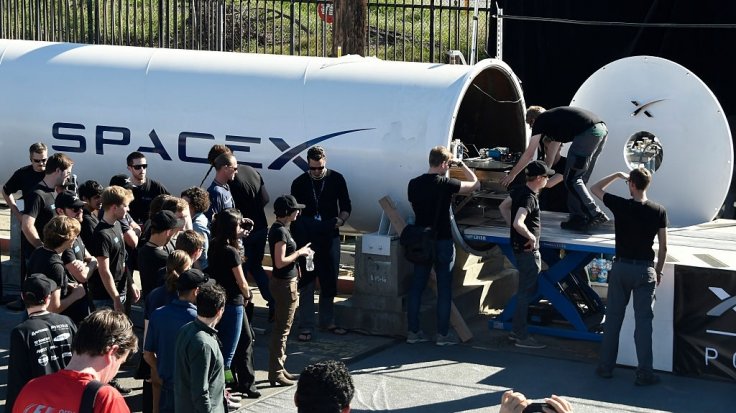 The Hyperloop concept involves a system that operates by sending specially-designed pods through a tube that’s maintained at a partial vacuum. Musk’s concept estimated that each capsule could float on a thin layer of air similar to how pucks move on an air hockey table.

With the new system, people can travel at extremely higher speeds and have a sound trip without facing any hurdles as it is there on the roads.

As of now, The Boring Company is making testing tunnels in which cars such as Tesla can fit into and travel. The company also has plans to  expand its Vegas Loop tunnels in Las Vegas.