I own a ton of Bitcoin: Coinbase CEO Brian Armstrong

Armstrong made his comments regarding Bitcoin during an interview with Anthony Pompliano (aka “Pomp”), Co-Founder and Partner of Morgan Creek Digital Assets, on The Best Business Show. 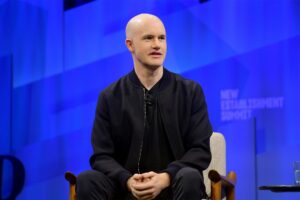 Armstrong stated that Bitcoin continues to fascinate him and that he believes it will remain the best store of value crypto assets:

“Bitcoin is what got me interested in cryptocurrency in the first place. I’m still pumped about it… I have a large amount of Bitcoin… I believe… It will exist in perpetuity as the industry’s gold or money.

“I’m seeing adoption and interest in a variety of assets. That, in general, I believe is a good thing. Coinbase has always tried to remain unbiased regarding which side wins and which side loses… We simply wish to assist our customers with anything they require…

“I’m usually a little frustrated when I see some of the online tribalism… Twitter is designed for battle and warfare, and I don’t believe it accurately represents the feelings of the majority of the business, which is probably a lot more nuanced view, which I know you share as well…”

“We already are in this world where the crypto economy combines a number of different assets and blockchains that have different purposes”. Armstrong said of other blockchains and crypto-assets. Whether it’s gold, payments, security contracts, games, or derivatives, whatever it is… As a result, there will be more and more information released in the future.

“I believe, well, my estimate is that we’ll eventually be in a world with dozens of blockchains but millions or billions of tokens… There will be so many tokens that it will be difficult to comprehend where they will all end.“