The executives of IBM (International Business Machines Corporation) refer to older workers as ‘dinobabies’, shows internal emails in the system. Referring to the older workforce as ‘dinobabies’, they prove their agenda of making them an ‘an extinct species’.

These internal emails were an evidence to this claim and were submitted to prove how IBM attempted to get rid of “older employees” from its workforce. Direct involvement of IBM executives was shown in attempting to reduce older employees. It included replacing them with millennial figures of this generation. 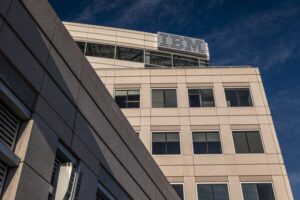 This comes forward as the newest development of the legal battle which started in 2018. The lawsuit was documented at years-long efforts of IBM trying to shift the age composition in its employment spectrum. This involved laying off of thousands of workers who were the over the 40 age-mark.

“These filings reveal that top IBM executives were explicitly plotting with one another to oust older workers from IBM’s work force in order to make room for millennial employees,” said Shannon Liss-Riordan, a lawyer for the plaintiff in the case.

IBM’s spokesman, Adam Pratt defended the organisation’s employment conditions. He clarified that IBM was never involved in systematic discrimination in the age criteria. He commented ,”Employees are separated because of shifts in business conditions and demand for certain skills, not because of their age.”

Adam Pratt went on to point out how over 10,000 people over the age of 50 were hired in the US for a decade after 2010. The IBM American work force’s median age of 48 was identical each of those years.

It was IBM’s then CEO, Ginni Rometty who was determined to control the market share in terms of data analytics and social media. The strategy of employing younger workers in place of the older ones was an extension of Rometty’s determinations, says ‘ProPublica’.

The data acting as evidence to IBM executives trying to oust older employees stated their reasons for trying to do so. They considered millennials to be more competitive, and how they required to hire ‘early professionals’. These professionals would require minimum prior experience. Apparently, IBM also planned to protect their employment by excluding younger workers from mass layoffs.

Women workforce including older employees were also targeted. Some evidence directs towards changing its “dated maternal workforce” i.e. its older female workforce. They considered them to be a threat to the organisation for not understanding digital natives and social engagements.

IBM used the method of relocating older employees to undesired locations as a way of making them voluntarily resign. They assumed that most of them would not want to move. However, spokesman Pratt again defended the claim, stating that these relocations were irrespective of their ages.

It was the lawsuit of one these plaintiffs that highlighted the legal battle. Although their late husband had signed an agreement requiring arbitration, IBM had sought to block it.

The judge in the case is yet to pass a judgement on the argument’s merits. However, he ruled that the paperwork and documents which included the material facts, should be made publicly available.