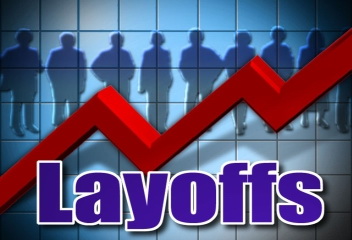 In light of layoffs at Google, Microsoft, Amazon, here are some of the industries with the lowest layoff rates

Over the past few months, several multinational companies around the globe have cut their workforce with layoffs and “voluntary resignations”. The worsening economic condition and possibility of an economic recession in 2023 are forcing companies to restructure their workforce and make efficient changes in the allocation of resources.

According to the layoff tracker, more than 343000 tech employees lost their jobs in 2022. 2023 is also not showing good signs for the tech labor force as more than 1 lakh workers lost jobs in the first 20 days of the year.

Nearly all major tech companies such as Meta, Amazon, Google, Microsoft, Twitter, HP, and Cisco laid off thousands of employees. Google is leading the graph with more than 12000 layoffs.

A few hours ago, tech giant Google announced that it is laying off 12000 workers, nearly 6 percent of its total workforce.

Industries with the lowest layoff rates

While industries such as entertainment, recreation, construction, professional services, and information technology have the highest rate of layoffs, there are some sectors that haven’t seen large workforce cuts in the past 12 months.

According to statistics by the Labor Bureau of the United States, health care (0.6%), state and local government (0.44%), finance and insurance (0.4%), and state and local education (0.3%) are the sectors with the lowest layoff rates in the USA. Technically speaking, Federal Government has the lowest layoff rate, but it is to be noted that laying off government employees is not easy as firing workers in the private sector.

Derek Gallimore, CEO, and founder of Outsource Accelerator told a news agency that the year on year change in layoff rate was not too surprising in the current economic condition. According to him, there were no drastic changes in the annual layoff rate in many sectors.

The arts, entertainment, and recreation industry reported the highest layoff rate at nearly 3%, which is unsurprising considering the industry record of job cuts. As a result, it’s “sensible to keep yourself prepared for the possibility of losing your job,” Gallimore says.

Even though no one has a definite reason for the layoffs in the tech sector, economic instability and slowing demand for products and services are said to be major reasons for the back-to-back layoffs in companies. Microsoft CEO Satya Nadella said in an interview at the World Economic Forum that the company was undergoing a “normalization in demand,” following the “rapid acceleration during the pandemic.”