Users in India are all set to accept faster internet connectivity, it seems, according to a report issued by Ericsson, the telecom company, on Wednesday.

India may have as many as 40Mn 5G users 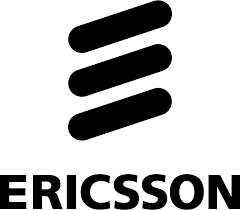 As per the report, as many as 40 million users in India might switch to 5G networks during the first year itself, when such services are made available in the country.

The study, carried out by Ericsson Consumer Lab, has found that consumers in India are willing to pay as much as 50 per cent more for their network plans, of it means that they will get access to 5G data plans, along with the related digital services. However, the same users are up for paying only 10 per cent more than they are paying currently, if it means that they will only be allowed to access 5G data connectivity, without any digital services.

The data hasn’t been collected from India alone, and instead, belongs to a comprehensive study, spanning 36 nations in total. The study was carried out in December 2020, and the final report says that in general, consumers in many of the surveyed countries are looking forward to getting their hands on 5G services (provided they are bundled with digital services), even if it means that they will have to 20-30 per cent more.

The report has concluded that as many as 67 per cent Indians are willing to take up 5G services. This proportion has shown an increase of 14 per cent from back in 2019, when the team had previously carried out the study.

7 in ten potential Indian supporters of 5G expect higher data speeds, while 6 in 10 are looking forward to pricing innovations from service providers.

Even though 5G connectivity and data services have not yet been introduced in India, smartphone companies have briskly been promoting 5G-ready handsets in the recent days.

The team at Ericsson also studied what proportion of users in India are currently in possession of 5G smartphones. It found that 22 per cent of Indian mobile phone users currently have 5G smartphones, but are relying on a 4G connection.

The Central Government’s plans to roll out the 5G services latest by 2020 had been thwarted by the pandemic, and spectrum allocation for the network has not been carried out as yet. However, some applications now have gotten the green light from the Department of Telecommunications,  to start field trials for 5G.