India has entered the rocket launch market with its new organization. And on 28th February, the company did its first launch. India’s launch vehicle carried Brazil’s Amazonia-1 Earth Imaging satellite along with 18 other satellites to orbit. The other satellites were from the United States and from the country itself. This is great for the country as the launch market has been exponentially increasing, and the scope of growth is huge. With these launches, the organization also plans to compete with SpaceX, one of the most esteemed and advanced organizations in the US.

The liftoff happened at 10:24 A.M IST from the Satish Dhawan Space Centre. The satellites were carried by the Polar Satellite launch vehicle of ISRO. We have also received an update saying that the launch has been successful, and the satellites are doing well with their solar panels deployed. Amazonia-1 is the first satellite for Brazil, and as you can understand from the name, it will look over the Amazon forest. The main reason for this is the satellite’s infrared capabilities that will allow it to view past the thick clouds of the forest. 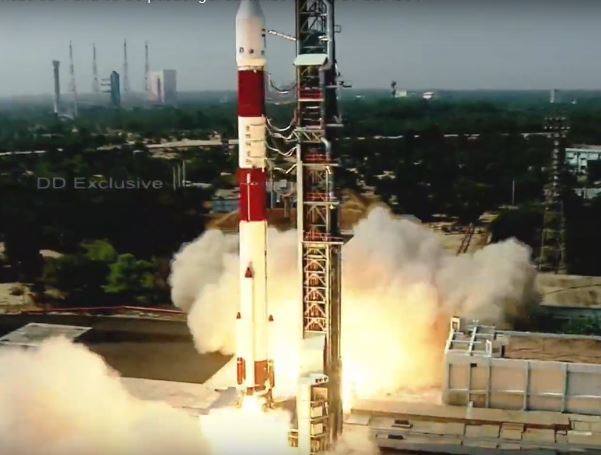 The satellite’s main aim is to alert deforestation in the Amazon region, said Brazil’s national institute for Space and Research. This is a great partnership between India and Brazil as it created history of first homemade Brazil’s satellite. At the same time it was also the first launch of the NSIL’s.

Brazil’s Amazonia-1 holds great importance for the country and begins the era of satellite development for them. The satellite is not only going to look over deforestation issues in the Amazon forest. It will also be able to monitor the wildfires that cause havoc in the forest from time to time. And so, if monitored properly, then such calamities could be prevented. So, the forest and its wildlife can be preserved.

Other satellites in the launch

The 18 other satellites carried by ISRO’s Polar satellite launch vehicle included both Indian and American satellites. The Indian satellites were “UNITYsat trio” for radio delay, “Satish Shawan SAT” for the study of radiation, space weather, and communication, and “SindhuNetra”, a technology demonstrator satellite. On the other hand, the American satellite included in the launch were 12 “SpaceBees,” a satellite for the constellation the company is building, and the “SAI-1 NanoConnect-2.”.

India will be competing with SpaceX and other companies with competitively priced launches. They will also be able to provide utmost reliability with quality PSLV and SSLV vehicles. So, it’s time that India won’t stay much behind the competition in the space department.

What is your thought on the most recent launch of Brazil’s Amazonia-1 and other satellites by the country’s new organization? Let us know in the comments below. Also, if you found our content informative do like it and share it with your friends.