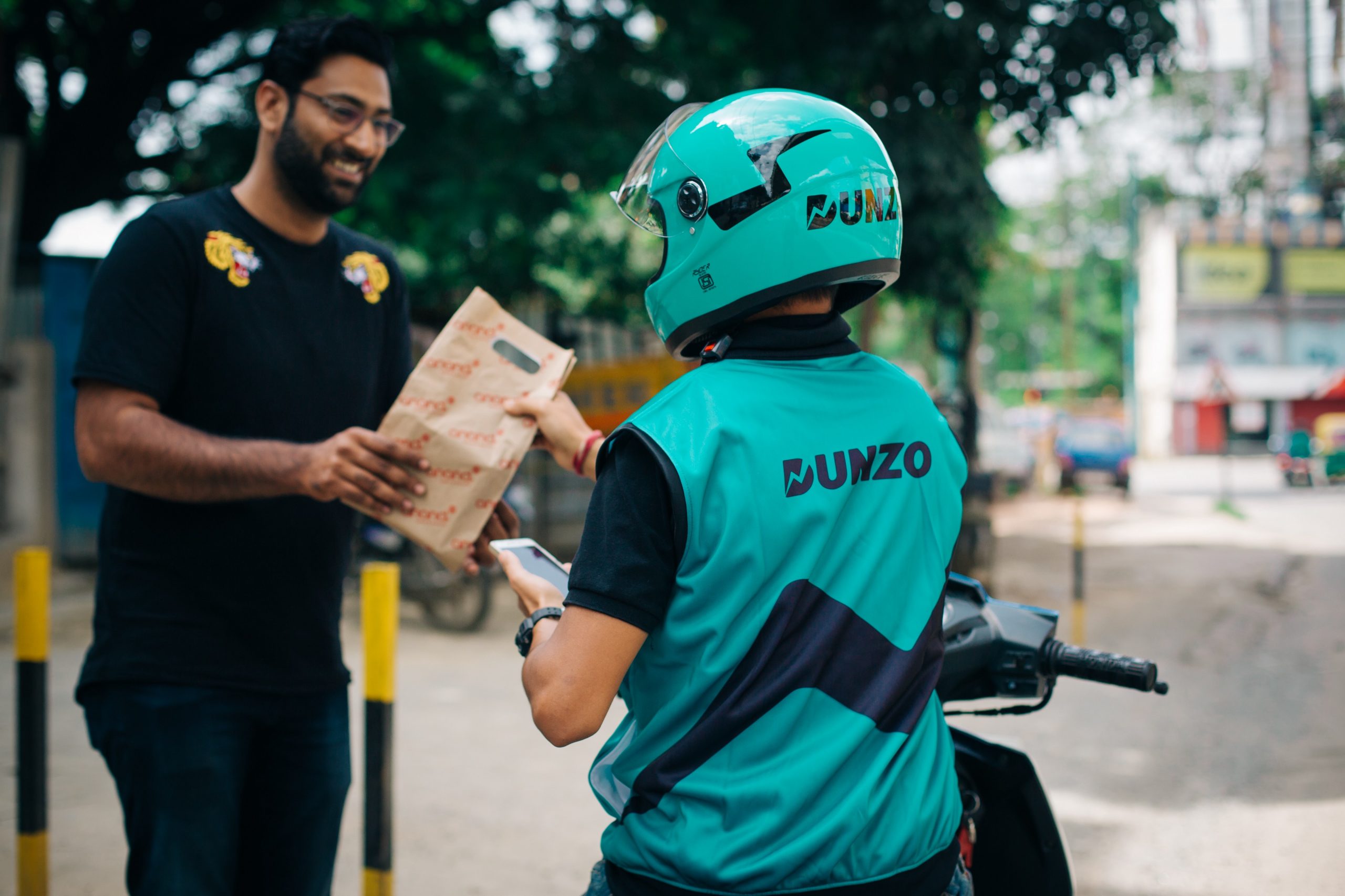 Dunzo is a Bengaluru-based hyperlocal courier and delivery platform that bridges users to their nearest delivery partner. Recently, the start-up has announced to raise USD 40 million in funding from existing backers Google and others as the businesses recorded high demand due to the COVID-19 pandemic.

Hyper-local courier services among other digital services have grown to become highly popular during these past months of the COVID-19 induced lockdowns. As mentioned in a report by Gadgets Now, Zomato and Swiggy have also recorded a fresh rise in demand in these past months along with Dunzo as both of these also run a hyperlocal courier and delivery service.

Founded back in 2015 by Dalvir Suri, Ankur Aggarwal, Mukund Jha and Kabeer Biswas, Dunzo fetches and delivers anything and everything within a city (hyperlocal). The start-up’s services include delivery of supplies, food, medicines, packages, groceries among many other things.

Dunzo is currently operational in Delhi, Gurugram, Bengaluru, Chennai, Hyderabad and Pune. However, according to the company profile on CrunchBase, Dunzo also operates a bike Taxi service in Gurugram.

During the COVID-19 induced lockdowns when everyone was forced shut in their houses, delivery service, Dunzo witnessed high demand from the market and after one year of strong growth during the worldwide pandemic as the cities re-open, the start-up continues to grow across various segments, as mentioned by the company in a statement.

Caesar Sengupta, Vice President at Google says that Dunzo is helping small businesses and micro-enterprises in making their digital transformation. For your information, Google has set aside ‘Google For India’ Growth Fund worth USD 10 billion for digital investments in the country which will be invested in over five to seven years. Dunzo received its funding from this Google for India growth fund.

Keeping aside the latest fundraise by Dunzo, in a total of previous 15 financing rounds, the hyperlocal delivery start-up has raised total funds worth USD 120.1 million with the previous investment being concluded on December 10, 2020, from existing backer, Alteria Capital in a debt funding round.

The COVID-19 threat has severely impacted many start-ups and businesses, only those who had a digital presence has been able to survive while according to the significantly changed consumer behaviour during these past few months, educational technology and financial technology sectors have profited the most.

The demand for hyperlocal delivery is natural during a pandemic and as claimed by Dunzo, the start-up continues to seek growth after the situation settles in a post-pandemic environment.