Indian Jugaad Technology: From India To The World ! 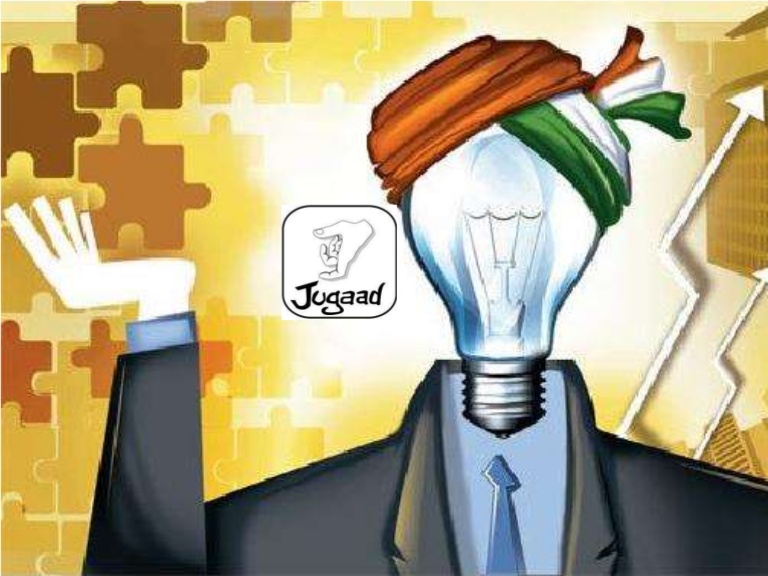 Jugaad is a colloquial Hindi word that roughly translates as “an innovative fix for your business; an improvised solution born from ingenuity and cleverness.” Whether it is aimed at creating a product, service, or business model—is what we call jugaad innovation. It has to do with two important things.

First is “keep it simple” which has an appeal, begin by simplifying the design of your products and making them easier to use and maintain. And the next is to, attempting to “do more with less,” you can demonstrate frugality by ﬁrst reusing components across existing product lines. We can see few examples and help you understand the concept better. 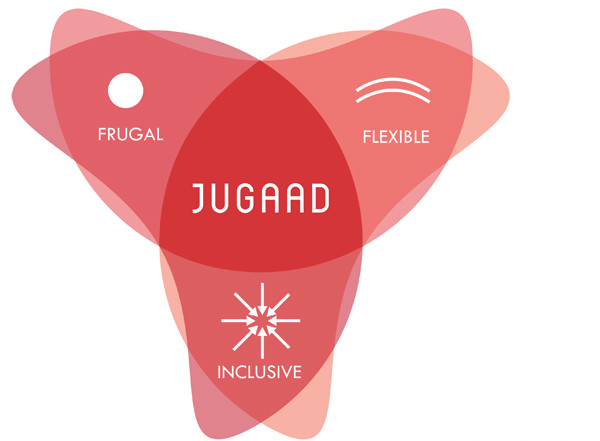 Jugaad innovation is based on six operating principles:

“Jugaad Innovation” is very relevant in today’s context because in the West we are beginning to see them adapting to it. About 60 percent of the examples which were adapted by west came from India and rest 40 percent from the emerging markets.

Jugaad innovation goes far beyond simple de-featuring, but having a deep understanding of consumer needs and recognizing that certain features just don’t provide value for money is a part of jugaad innovation.

Here’s Why Innovation Need Not Be An Invention ![/box]

It’s interesting to think about whether removing bells and whistles is going backward, or is actually an advancement from the complexity we face today…too many software programs on your laptop, too many buttons on your remote control – it’s overwhelming and undermining. 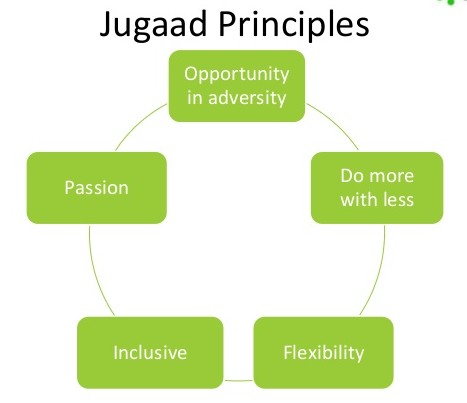 MittiCool, the low cost, biodegradable refrigerator made out of clay is a great example of jugaad innovation.Creating a product and a new industrial process with very limited education and capital, flexible thinking that allowed the innovator to use a millennia old material like clay to create a fridge out of it. And yes, simplicity that allowed his community to have refrigerated produce and dairy for the first time ever in an environmentally friendly fashion. Interestingly, many users of the MittiCool say that food actually tastes better when stored in it as compared to a regular fridge, because it provides moisture to the food rather than drying it out. 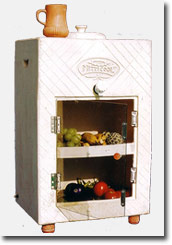 The MittiCool is a classic example of the India Jugaad. Another example of Indian Jugaad would be the water powered car invented by Mr. Markani.

Do You Know About The Water Fuelled Car Made In India?[/box]

Although it cannot be blatantly classified a jugaad, as it is a major breakthrough in the field of chemical and automobile engineering, it still embodies the true spirit of Jugaad, that is, Innovative Fix. This particular jugaad witnessed OEM’s trying to replicate the same which was previous not so vigorously pursued as a viable option.

A few months back, Bangladesh was ‘trending’ for all the right reasons. The poor had built ‘air conditioners’ for their homes using discarded plastic bottles. Some might scoff at the ‘jugaad’ but it is a wickedly cool trick nevertheless. The ‘Eco Cooler’ as it is being called, uses just two components, discarded plastic bottles and a wooden board. Just that, and it can reduce indoor temperatures by a mind boggling 5 degrees.

Often we hear complaints about ‘jugaad’ is deteriorating the culture of innovation. In a recent panel discussion hosted by NIT Trichy’s Pragyan Youth Business Summit, Dhiraj Sinha, Chief Strategic Officer, Grey addressed the above stated issue. “Since jugaad became infamously trending, a lot of people have misunderstood the concept of innovation. The concept of replication of foreign products has to be reduced and investments are to be focused on research and development, rather just on production,” said Dhiraj.

Companies will need to diffuse frugality, flexibility and inclusiveness into their culture to drive sustainable growth in a global economy that is more diverse, interconnected, volatile, global and resource scarce.

Companies in the West would benefit from using jugaad innovation to elevate their current innovation practices, which tend to be more expensive, structured and isolated.

Though it is a very serious topic to talk about but we can also check out a humorous side of it. Have you seen a motor by day and a bike by night. If not check this out, you will see what we are exactly talking about. 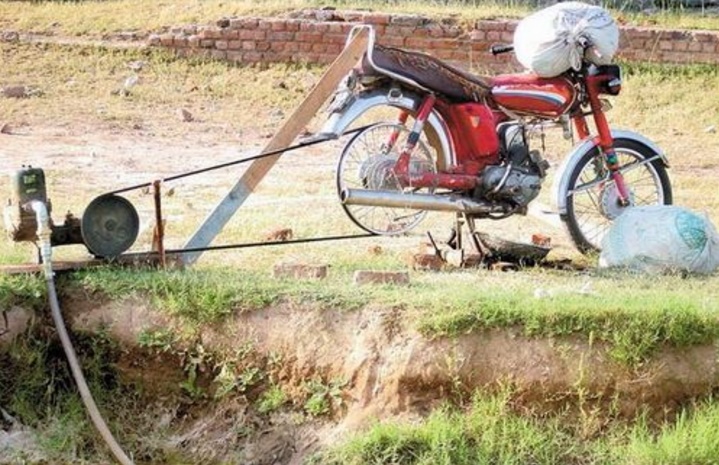 So if we see the conclusion, India has various colors to see. Jugaad till now was limited to India and its subcontinents whereas the current situation is that it is spreading all over the world. To end on another humorous note, do you remember the #AntiJugaad advertisement that was viral amongst the netizens back in January?

Somehow we ended up seeing some really interesting Jugaads that we can use in our daily lives. We hope to see some more amazing jugaad across that adds true value to our lifestyle and helps to solve a rather complex problem.