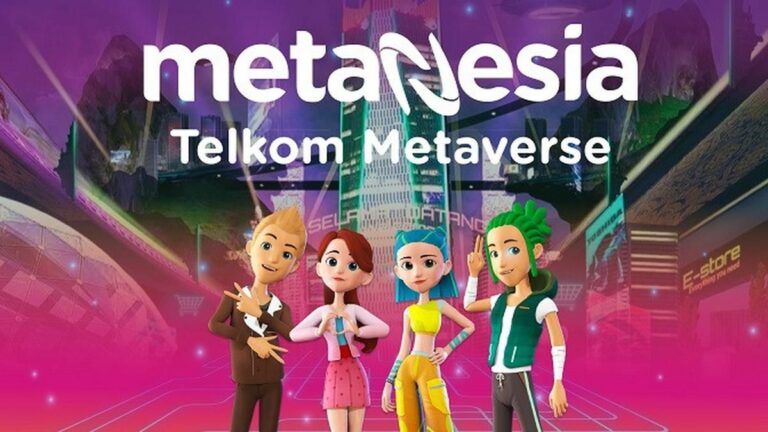 Indonesia, is a country in South East Asia and Oceania between Indian and Pacific Oceans. According to a study by Jakarta, Indonesia is a country with highest adoption rate for cryptocurrency. From a layman’s perspective, Cryptocurrency and Metaverse are two digital entities of physical currency and physical world which essentially go hand in hand. Hence, Indonesia’s domination in cryptocurrency might surely help the country to dominate Metaverse also.

It is learned from the reports that, Indonesia has set an action in place to create a metaverse of its own. PT Telkom Indonesia, did the honors as it went on to launch Indonesia’s Metaverse called “MetaNesia.”

The vision behind launching Metanesia.

The country has lately found it difficult in adapting to the fast-changing online sector, which had a direct impact on its economy. To counter this, the country constituted the plan of launching a separate metaverse and use the metaverse to conquer the online space. The primary objective from the launch of MetaNesia is to promote local firms that primarily compete with foreign services. Reportedly, it is also believed that the country is launching its metaverse to win over the internet from Google and Facebook.

According to Erick Thohir State Owned Enterprise Minister, Indonesia’s metaverse will necessarily act as a platform for the MSMEs (Micro, Small and Medium Enterprises). These enterprises will be getting a platform to showcase their use case at an equal parameter with large foreign business.

The service offers both a Metaverse Concert for events and a Metaverse Mall with stores, services, and entertainment. Later this year, it hopes to hold an NFT marketplace, online meetings, and even yoga and esports events.

Metaverse is mainly the digitalization of real world. Metaverse at its core is the result of the  technological development that has been happening in the virtual space. So far, metaverse has been able to capture the minds of millennials and GenZ.

According to me the launch of its own metaverse by Indonesia to get accustomed the fast-moving online industry is a great move. The high rate of adoption for cryptocurrency proves that the citizens are open for technological flux in regards to metaverse.