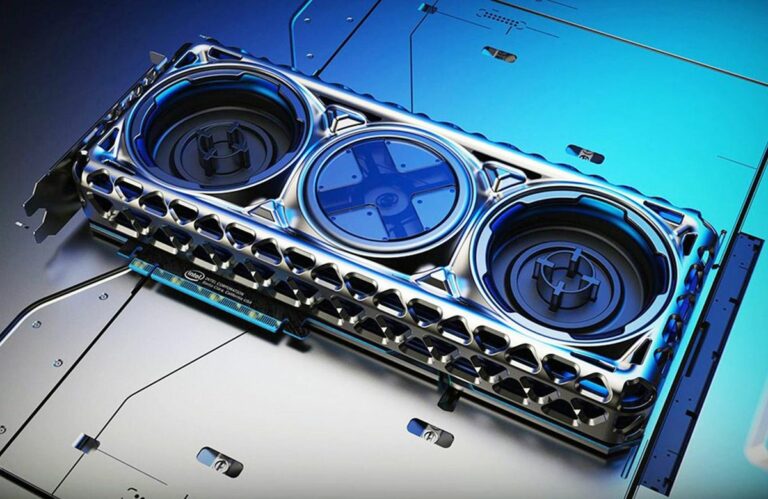 Intel’s Arc Battlemage GPUs, which will be the successor to the planned Arc Alchemist graphics cards, is expected to compete with AMD and Nvidia at the high end around mid-2023, according to rumors.

This information is coming from YouTuber Moore’s Law Is Dead (MLID), whose sources (supposedly with strong track records – but proceed with caution as always) suggest that Intel is growing more confident in its forthcoming graphics cards. Indeed, Intel is said to be very positive,’ and that 2023 will be the ‘big year’ for Arc in terms of Battlemage truly taking on its competitors.

The hypothesis is that when Battlemage graphics cards are released in mid-2023, they will outperform Nvidia’s next-gen Lovelace products (which should arrive later in 2022). In terms of AMD, it appears that the business isn’t on Intel’s radar, and it won’t be until Team Red can demonstrate that it can produce GPUs in volumes comparable to Nvidia’s.

The YouTuber also mentions Intel’s CPUs, claiming that sources indicate that Meteor Lake would essentially leave AMD’s Ryzen chips in the dust, at least when it comes to laptop processors.

MLID also predicts 14th-generation CPUs to be available in less than a year after Raptor Lake, the 13th-generation processors for 2022, which would have been a simple upgrade from Alder Lake (Although Meteor Lake is a completely new ballgame on 7nm).

It’s extremely intriguing to get a look at Team Blue’s claimed longer-term aspirations with Battlemage in 2023, and it surely stokes the hype mill for Intel’s forthcoming graphics cards.

But before that, there are also the Alchemist graphics cards, which also are scheduled to arrive in March or April 2022. According to MLID, Intel’s apparent objective for Alchemist or DG2 cards (Battlemage will be DG3) is driver tuning and getting it perfect.

The second determining factor for Arc Alchemist will be cost, and we’re optimistic that Intel will go the undercutting path to break into the existing GPU duopoly, bringing some much-needed pricing competition into action. Even having more cards available to buy will be a welcome respite in a time when GPU prices have skyrocketed to crazy heights, with even low-end cards priced at ludicrous amounts.

Surprisingly, we could indeed expect a few really fascinating budget options from Alchemist, as well as Nvidia – hopefully with an RTX 3050 desktop graphics card set to be released in January, and possibly unveiled at CES 2022 – and AMD, which is rumored to have it’s budget-friendly RX 6500 XT ready to release next month.