Intelligent Personal Assistants That Have Made Our Lives Easier ! 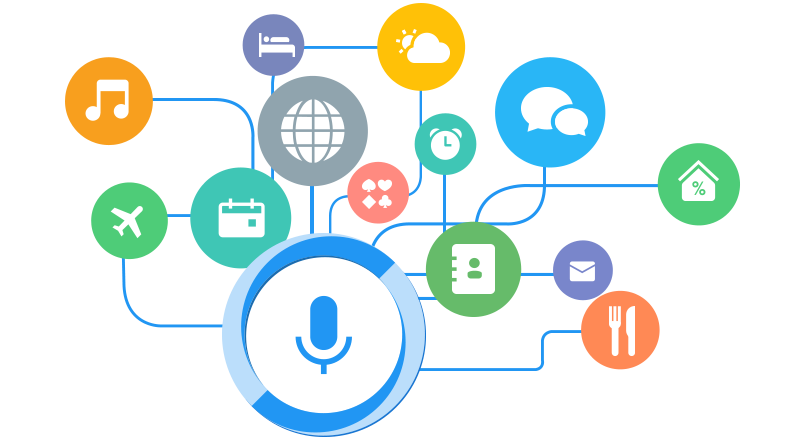 Everybody does work, but work schedule management is the key behind productive work which ultimately decides the success of the individual.

Personal Assistants (or professional assistant) are skillful in organizing the work for better productivity but they have been limited to people of important roles within an organisation, these key people have been exposed to a vast amount of information and lead a very busy life that they need someone to organize their daily schedules, meetings and appointments.

Some times it includes activities as minor as note taking during a conversation to remind later or as major as the research done before a major board meeting. As the internet was opened up to common people with the boom of the world wide web in the mid 1990’s, every individual was introduced and acquainted to huge pool of information and contacts.

But the cost involved to hire a personal assistant for everyone is too damn high, and imagine how interested others would be ready to be your personal assistant for your regular day job. The technology that exposed us to the google of information realised the problem that we’re facing and came up with a solution.

Our very own personal digital assistant in the form of smart phones, the technology has been so kind to us that it removed the physical work done in manually entering a work plan to providing us with intelligent personal assistants to take care of that.

Let us look at how these ‘knowledge navigators’ have helped us lead our lives smoother.

The Search Interpretation and Recognition Interface software developed by Apple for facilitating it’s users. It works both as an intelligent personal assistant and knowledge navigator Siri was originally introduced as an iOS application available in the App Store by Siri Inc., which was acquired by Apple on April 28, 2010.

The launch of iPhone 4S was widely received among the buyers mainly due to its integrated interactive digital assistant feature called Siri and for the exact date of the launch try asking Siri when’s your birthday.

Since Siri Apple opened a new gateway to the way Smartphones were defined earlier and how awesome it could (again ask Siri why it is so awesome). If you’re wondering what more your Siri can do other than making notes. Have you ever tried these?

Cortana was actually named after a synthetic character in Mircosoft owned game Halo. It was first launched in the Microsoft Build Developer conference in April 2014 as a feature in the windows 8.1 phone and since then it has been one of the popular digital assistants of latest Windows 10 phone and desktop versions.

Unlike Siri which was available to apple products alone after the purchase, Cortana is not limited to Microsoft but is available as an app for Android and iOS as well.

Cortana’s sense of humour is much appreciated like its Apple’s counterpart Siri, but sometimes when it comes to the clash of the two tech giants each one seems to be one-sided. You should actually try asking Cortana about that too !

Google Now was launched July, 2012 as an update for the Android 4.1 Jelly bean and was supported by the Google Nexus smart phones. It was later made available for the chrome versions of iOS and personal computers.

Google Now uses a natural language user interface to answer questions, make recommendations, and perform actions by delegating requests to a set of web services. Along with answering user-initiated queries, Google Now proactively delivers to users information that it predicts (based on their search habits) they may want.

By far one of the fastest intelligent personal assistant to fetch the result from the internet is Google Now and it was also recognized by Popular Science as “Innovation of the year” in 2012.

Google Now’s primary advantage is its ability to relate the given list of commands and answer the followup questions with pronouns after linking it with the previous questions raised. For unlimited Google Searches uses the cheat, use “Up Up Down Down Left Right Left Right” !!

Going in the lines of health care and life sciences is IBM’s Watson, named directly after its first CEO Thomas J. Watson. In 2011, in order to test the efficiency of Watson, it participated in a the quiz show “Jeopardy” against the shows former quiz champions and it won the first prize worth a million dollards.

Presently into the healthcare, Watson is expected to be one of top most consulting doctors in the future ! In order t!o explain the functionalities of Watson, check out what is the functionality behind Watson when the command is given.

Like Watson entering the healthcare industry, Amazon entered the smart homes sector with its latest smart gadget Echo. Google’s Nest and Samsung’s devices have entered much earlier but unlike other smart home devices which are typically used to control the gadgets in your house with the help of an app, echo can make your home a smarter home just by its presence and voice commands which is triggered by its key (Alexa !!).

Like other intelligent personal assistants, even Alexa can hold intelligent conversations with its user. It can suit anyone and everyone within the house and also accustom to different lifestyles.

Intelligent Personal Assistants was neither the first nor the best achievement in Artificial Intelligence, yet it is currently playing a significant role in transforming our lives.

Before iPhone 4S people, we never imagined an actual smartphone that would interact with us not just with a robotic voice but also with some basic sense of humour that would extend the conversation.

The number of people who depend on these personal assistance are humongous and sometimes the experimental conversations that they try to have with them are humorous too.

As stated, we still have a long way to go and lots of catching up to do with so many already existing applications that are undergoing improvements like Silvia, Briana, Facebook’s M (chatbot, possibly hinted as the James Bond’s Moneypenny).

Until then, on a lighter note, check out this experiment on what happens if you try to establish a conversation between Cortana and Siri !

Next time, we need to have a conversation with everyone including Interstellar’s TARS with his Knock knock humour settings !

Facebook To Develop Its Own Map With The Help Of Artificial Intelligence !