Deepak Ravindran Of Lookup Is Building A Hyperlocal Marketplace For Businesses – One Message At A Time ! 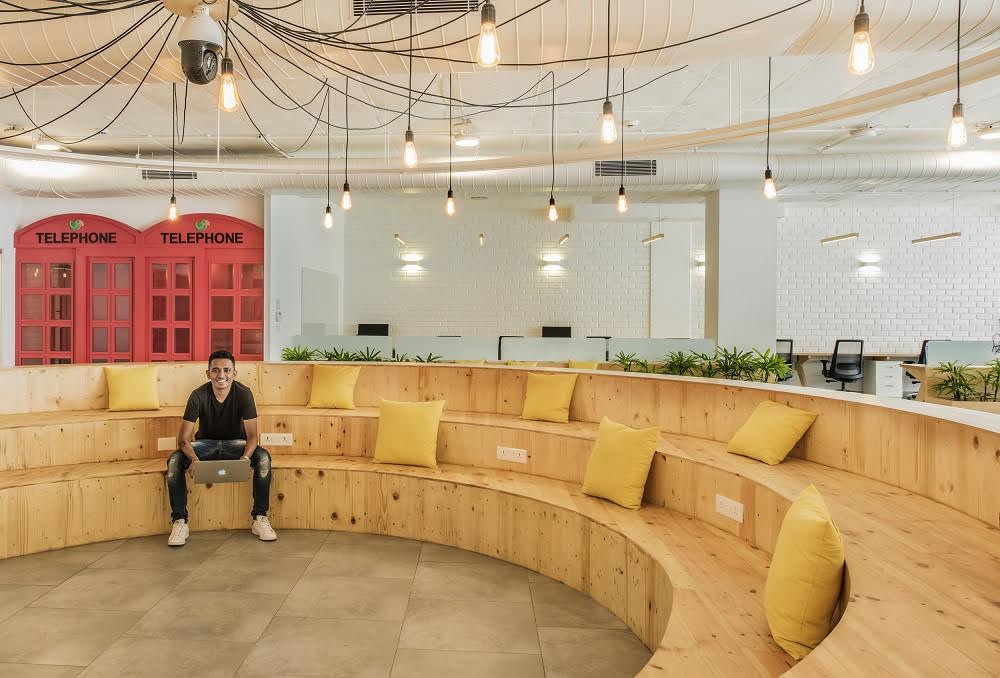 On his return flight to India from the USA, Deepak Ravindran read the news of Whatsapp getting acquired by Facebook. Deepak, who had previously founded  SMS search engine Innoz (with more than 100 million users) and a 500 Startups-backed social Q&A platform Quest, was on the lookout for an idea to start his next venture and future of chat was one thing that kept intriguing him. On reading the news of Whatsapp, Deepak knew that he had seen the future in chat based commerce !

For those of you who don’t know Deepak, let me introduce you to one of this rare kind in the Indian entrepreneurial space. Deepak dropped out of college to start his first company Innoz, an SMS based search engine, and ran it for 7 years before making it open source.The company was profitable and was making about INR 150cr before it went open source. Looking at the advent of smartphones and the diminishing need for offline search, Deepak started Quest, social Q&A platform, in early 2014.  Quest was competing with Biz Stone ( co-founder of Twitter) founded Jelly and in 2014 talks about Jelly acqui hiring Quest had started between Deepak and Biz. This would have been a great deal for Deepak who would was offered a job in the USA with the Jelly team but that would mean disconnecting from his team in India, something that Deepak was not ready for.

And this is how his journey back home began to start something new again with his team that had supported him since the Innoz days. Deepak has also been named one of MIT Technology Review’s outstanding innovators under 35, for founding Innoz, the worlds largest SMS Search engine. For 2013, Asia Society announced him as one of Asia’s 21 emerging leaders under 40.

Deepak started Lookup, a hyper local services company operating via chat, in October 2014. In 2014, hyperlocal space was getting heated up and the likes of Grofer and Peppertap were gaining ground. But with Lookup Deepak did not want to follow the same model. The idea was to build a scalable market place and utilize his experience in messaging.

Speech by Deepak Ravindran (Founder of Lookup) at Slush 2015.

There was nothing new happening in the business directory space in India at that point of time. Yellow Pages, Just Dial, Ask Me were not doing anything new.  These companies were not even providing business information  in real time. Deepak’s background had been in the field of messaging and taking things from offline to online.Everyone was moving to data as a form of communication and the idea of making businesses available on Whatsapp struck a chord with Deepak.

[box type=”shadow” align=”aligncenter” class=”” width=”600″]Deepak’s Lookup messaging app connects shoppers with local businesses. Shoppers get access to anything on demand from local stores that are not available online, and businesses get the opportunity to increase their customer base and visibility. Simply put, Lookup is Google for the offline world, empowering people to get things done with a message.[/box]

“Exchanging information over chat, sending information and pictures is so much easier and something that everyone is already used to. There was no need for us need to reinvent anything. We just identified the need and trends and are building something from that,” says Deepak.

One of the biggest challenge that a marketplace like Lookup faces is that of authentic verification of real businesses. Most of the big businesses today including Whatsapp and Facebook are interested in getting into the hyperlocal space. However, according to Deepak, security is a big problem that all of these companies will face, something that Lookup has differentiated itself by.For a service like Lookup, you need a trusted network where you feel comfortable exchanging your home address with a service provider on Whatsapp and thats exactly what Lookup is trying to do. To get into Lookup, every business has to be verified. Lookup has an extremely strong authentication process which is one of the strong differentiators about the company.

Lookup has 90,000 business on board today and 1.5 million users. Following a model that is different from any of its competitors, instead of advertising products on their platform Lookup advertises businesses. The company plans to create an inventory of businesses on Lookup. “The way we look at our business is that we want to create an ecosystem within any city. Our inventory is already present in the city. Just like Google maps tell you what are the places nearby, we want Lookup to tell you what are the businesses near you. This is the only way one can create a scalable hyper local marketplace,” says Deepak.

The company today makes money from commissions against every order that is made via Lookup. Every merchant signed on to Lookup works with them on a commission model per order between 5% to 15% depending on the merchant. Delivery is completely outsourced at Lookup. Delivery fee is charged either to the merchant or to the user so Lookup does not burn money on delivery of any order.

Lookup currently serves about 300 orders at a peak time on a day to day basis. The company gets a lot more inquiries coming to their merchants which is a more important metric for them at this point. “People are coming to us a lot for inquiries as well. People are willing to pay for queries as well. We surely want to become the Google for local businesses,” says Deepak.

One of the biggest challenges that any hyper local company has today is to make unit economics work for them. Deepak agrees that at this point in time more than monetization or making unit economics work for them, getting more business to work with Lookup is a top priority.Once they have a network in place a number of opportunities for monetization such as advertising will open up.

According to Deepak sometimes the cost of servicing one customer is higher than the money you make from that customer sometimes its lower. It depends on each order. But the company is quite clear at this point that they are not looking to be profitable and are expecting to be profitable only in the next 2 years. Deepak strongly believes that monetization is not something that they want to think about right now.

The company is operating in 4 cities and is not planning to go beyond that.”We do not want to make the same mistake that all our competitors have made of expanding to more cities before capturing the entire market in one particular city,” says Deepak. “Uber never expanded beyond San Fransisco for the first couple of years. Once they have proven a model then they moved all over the place,” he adds. Deepak wants to build enough traffic and demand in the 4 cities before they decide to spread their wings.

Next 1 year Lookup is working towards getting a million sellers and  3 to 5 million consumers on board.  The company has no plans to go outside India.The company is also focusing a lot more on automation and is looking to move to a more bot based architecture. “In marketplace like India where you have so much localization, a move to a 100% bot model is not really possible. But we will try and build as much automation as possible in our system,” says Deepak. The company is also looking to hire more talent in the next few months.

Till now Lookup has raised a total of $3 million in funding . Lookup is now again ready to raise more funds that will keep them going for the next 24 months. All existing investors are likely to put in money.The company is looking to onboard more investors and is likely to close the next round within the next 1 month.

Applozic CEO talks about the future of messaging!

Chat Based Commerce Is The Future of Ecommerce Industry !

Forget Apps ! Message Bots Are The Future of Customer Engagement !