Internet Explorer to take last bow; all set to be retired

Internet Explorer. Chances are, if you are from Gen Z, you might never have had to use this web browser, owing to the immense popularity of other services like Mozilla Furefox and Google Chrome.

However, still, most people have at least seen the icon of the web browser, the small blue ‘e’ on their computer screens. It was one of the world’s first browsers, introduced more than 25 years ago by Microsoft Inc. And now, the company has finally decided to pull the plug on it.

Nevertheless, Microsoft still respects the handful of users that Internet Explorer still has, and has allowed them ample time to smoothly transition to Edge, the new browser that was launched by the company back in 2015, before it finally takes Explorer down on June 15, 2022. Yes, the announcement has been made more than a year in advance.

Saying goodbye might not be very hard though, as the browser has now been obsolete for many years, having been superseded by Google Chrome ages ago.

The Future on Windows 10 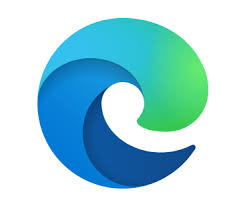 While models based on the consumer versions of Windows 10 will be cut off from Internet Explorer in June next year, the Windows 10 models relying on the Long-Term Servicing Channel (LTSC) methodology (wherein systems remain unchanged and are not updated for years on end), will continue to have access to the application throughout the remaining months of next year as well.

To make the switch to Edge easier for businesses, the company had, a few months ago, launched the IE (Internet Explorer) mode in the browser. This mode will be supported in Edge until as late as 2029, allowing firms ample time to completely adopt the new browser.

Before this, the web application for Microsoft Teams had already stopped supporting IE 11.