Investors cannot sell SQUID tokens after a 110,000% spike, raising too many red flags

This week, the SQUID token garnered headlines in a variety of financial and cryptocurrency publications throughout the world. Even so, it may not be the miracle that everyone had hoped for.

After skyrocketing over 110,000 percent in less than a week, claims of investors who have been unable to sell their tokens despite massive returns are circulating the internet. 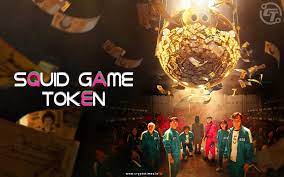 The token is currently ranked #2905 among the cryptocurrencies listed on Coinmarketcap, but the price aggregator has already included a banner warning about the high danger of investing in the token because it may be restricting subsequent sales – a common occurrence in crypto frauds.

SQUID is only a week old The token was inspired by the Netflix series “Squid Game,” which follows a group of 456 financially disadvantaged competitors as they compete in childish but dangerous activities in the hopes of winning a large monetary reward.

The concept offers a cryptocurrency adaption of the game, requiring contestants to play multiple games before winning a large bitcoin payout. To take part, each player had to spend almost half a million dollars in fees and win a large reward if they were the only one who won.

However, some people only bought the token to speculate rather than play the game, and it appears that they were unable to collect their prizes. The strategy might be used as a form of anti-dumping defense, although the game’s whitepaper makes no mention of any market control mechanisms.

This is just the confirmation of a series of project red flags. It is noted that the project’s website touted bogus tweets from Elon Musk purporting to support the project. Furthermore, the members of the development team have no recognized backgrounds, making it difficult to determine whether they are real or not.

Despite this, meme cryptocurrencies have become a worldwide phenomenon. Many people are eager to pay for tokens only to be a part of a worldwide joke.

Dogecoin, a meme cryptocurrency that made it to the top 10, started the trend. The Shiba Inu was also named to this elite list. Safe moon, Cumrocket, and Floki Inu are among the other tokens who have had their five minutes of fame.

NFT collectors are also following the trend. Hundreds of thousands of dollars – and perhaps millions of dollars – have been swapped for rocks, kittens, and digits on black backdrops.

It’s no surprise that many people don’t consider possessing useless tokens from a famous TV show to be a rip-off. While some people are upset about losing money, others are delighted to throw away their riches “for the lols.”

Also read: Steve Wozniak says that the government won’t ever let crypto out of their control