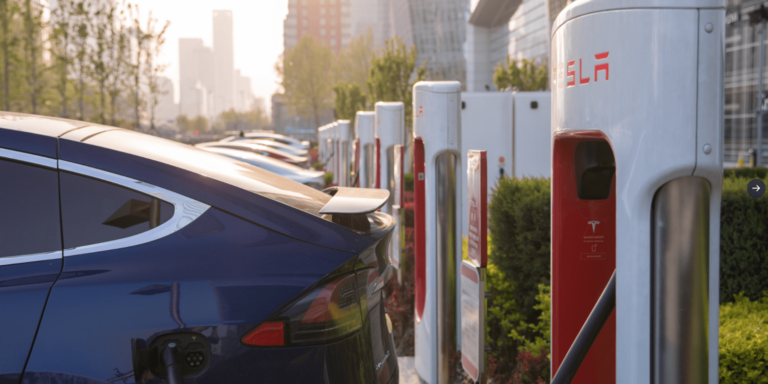 Tesla has formally begun giving its Supercharger network to non-Tesla cars in ten locations in the Netherlands. It comes under the program Non-Tesla Supercharger Network access program. Now all EV owners in the country can utilize the advantage of being able to charge quickly with Tesla Superchargers.

It has to be used by downloading the Tesla app first. Then the user can opt for a “non-Tesla” car as their option and go to have access to the rapid charging infrastructure. Tesla wrote, “Our ambition has always been to open the Supercharger network to Non-Tesla electric cars in order to encourage more drivers to make the switch to electric driving. This fits in seamlessly with our mission to accelerate the global transition to sustainable energy,”

Tesla has been working on proving access to non-Tesla cars. This wouldn’t hinder the expansion of charging infrastructure. However, the company adds that the more customers use the increase in charging infrastructure. There are possibilities that the company will expand such a program for other countries too, but will most likely focus on the Netherlands for now. The Netherlands plug-in sales in the country amounted to 21% EVs.

Charging stations available in Netherlands from Tesla are located at, “Sassenheim, Apeldoorn Oost, Meerkerk, Hengelo, Tilburg, Duiven, Breukelen, Naarden, Eemnes, and Zwolle”. In the app, after selecting the charge-your-non-tesla option the app shows a nearby located Supercharger. Then once reaching the charging point, the user has to select “Start charging” and later to stop charging the “stop charging” option.

Tesla further wrote, “The charging price charged to Non-Tesla owners includes the additional costs associated with charging a large number of different cars, which are made to make the locations suitable for cars of other brands. The costs vary by location. You can view the charging prices in the Tesla app. The price per kWh for charging can be reduced by taking out a charging subscription,”

More details are available on the website, where Tesla states which kind of electric vehicles could effectively make use of the charging infrastructure. Only vehicles with CCS connections get to avail of this facility. In the instructions it mentions that in case the point doesn’t fit the vehicle, the company should be notified of the issue. Almost every automaker agreed to use Combined Charging System(CCS) in North America. Which include major automakers having the connection, like Volkswagen, Ford, BMW, Jaguar, and Kia.