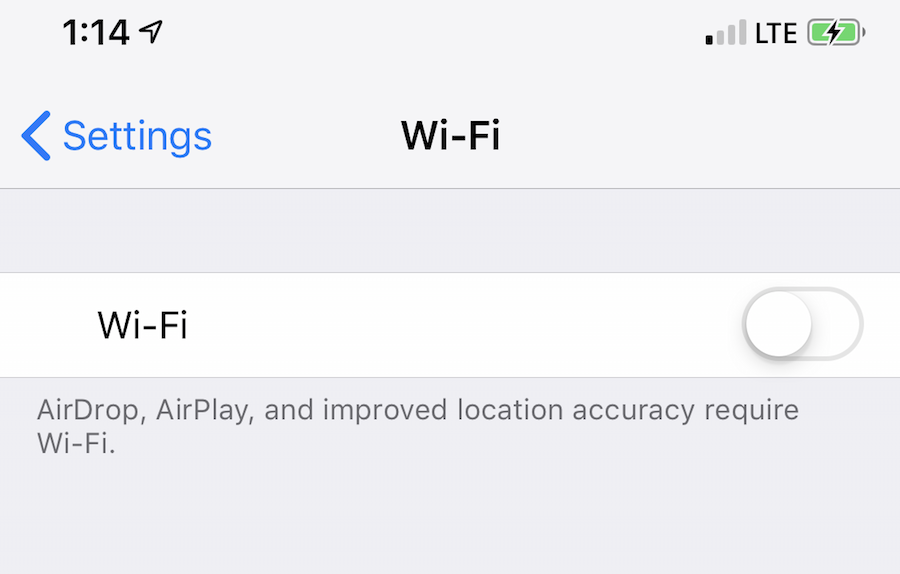 It was not very long ago when reports of an access point disabling iPhone network settings were crashing the internet and just after a few weeks, the same reports are afloat again but this time with a different access point name. Carl Shou, the same researcher that discovered and reported the previous faulty access point has found another one of these and this time, it is difficult to crack the deal.

The Wi-Fi network’s name discovered by Shou is ‘%secretclub%power’ and it is found that if an iPhone comes in range or connects to this access point, then that iPhone will lose its ability to connect with any Wi-Fi network, completely disabling your Wi-Fi connectivity and all system-related features that require Wi-Fi on.

According to a report by 9to5Mac, this time the issue is not easily fixable like the last time and infected iPhone users may need to factory reset their devices to get their Wi-Fi internet connectivity up and running again. Having said that, the previous access point that was poisoning the iPhone network settings was named with the SSID “%p%s%s%s%s%n” and this bug could be fixed easily by resetting iPhone network settings. However, under no circumstances is it advisable to do so because you will lose all your data by factory resetting your device, guaranteed!

The new bug appears to be a modified version which is more severe than the last time and it makes Shou skeptical that there are more poisonous Wi-Fi access points that can negatively impact your device. The first one could be fixed with a mere network reset, the second one requires a factory reset, which makes us think about the next variant if there is any.

Furthermore, it is mentioned in a report by 9to5Mac that both of these faulty access points share a similar string format coding error somewhere in the underlying iOS network settings that can harm the device, and in this case, completely disable your Wi-Fi, permanently.

As a user, I can be worried about my expensive iPhone and all the data that I could lose if I had to factory reset my device. The only thing that iPhone users can make sure of is not to connect their device to public networks that have the ‘%’ sign involved, especially if the name uses a ‘%s’, ‘%p’ and ‘%n’ sequence, as reported by 9to5Mac. The best safety precaution is to connect only with identified Wi-Fi networks and hotspot networks until Apple fixes the security issue with a software update.