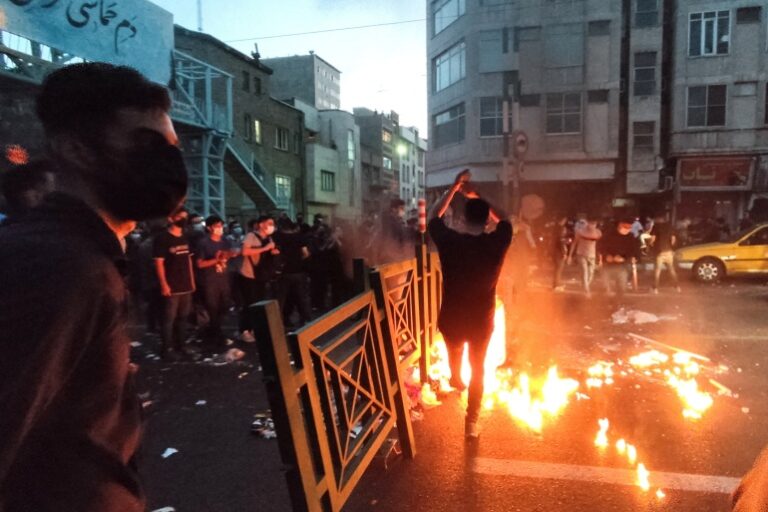 In response to protests over the murder of a woman in police custody, Iran has reportedly restricted access to Instagram and WhatsApp, according to locals and internet monitor NetBlocks.

Additionally, there were widespread reports of significant internet failures, with one of the main mobile phone companies being interrupted and taking millions of Iranians offline.

The death of Mahsa Amini, 22, last week after she was detained by morality police in Tehran for wearing “unsuitable dress” has sparked outrage over a variety of topics, including freedom in the Islamic Republic and a faltering economy due to sanctions.

According to Iranian media and officials, at least six demonstrators have already been killed, along with a police officer and two supporters of the administration.

Additionally, the leading mobile phone carrier in Iran and the network of another company experienced a “nation-scale loss of connectivity,” according to NetBlocks.

According to the organization’s data, internet connectivity has been nearly completely cut off in several areas of the western Iranian province of Kurdistan since Monday. Since Friday, when protests initially started, there have also been interruptions in Tehran and other parts of the nation.

Two citizens of Tehran and southern Iran reported that Instagram appeared to be entirely prohibited and that they could only send text messages on WhatsApp, not photographs.

Both are among the few remaining social media networks and are owned by Meta, the parent corporation of Facebook. According to NetBlocks, the outages were the “most severe” since the government temporarily shut down the internet in 2019 to assist quell gasoline protests.

Without internet connectivity, it is more difficult for people to upload videos to social media in order to garner support for their cause or find trustworthy news sources.

The turmoil this month has been especially severe in Amini’s native province of northwest Kurdistan.
The 22-year-old Amini was in Tehran when she was arrested for wearing what Iran’s “morality police” deemed “immodest clothing,” in violation of the country’s obligatory modest-dress regulations, which were put in place shortly after the Islamic Revolution in 1979. Amini is from Saqqez, Kurdistan, and was in Tehran at the time.

She allegedly suffered a heart attack and stroke while visiting a “guidance centre” and was then taken to a local hospital, where she ultimately passed away.

The police chief of Tehran’s assertions that Amini had a number of pre-existing ailments, including epilepsy and diabetes, have been refuted by Amini’s family.

In the Islamic Republic, which has some of the tightest internet regulations in the world, social media websites like TikTok, YouTube, Twitter, and Facebook are routinely prohibited. Virtual private networks (VPNs), however, are frequently used by tech-savvy locals to get around barriers.