According to the information, bitcoin mining will resume in Iran on September 22 after a four-month ban enforced by the Iranian Ministry of Industries, Mining, and Trading.

Iran has long recognized that Bitcoin mining is a viable option for a diplomatically pressured economy that lacks hard cash but produces a lot of oil and gas. Iran accounts for approximately 4.5 percent of all Bitcoin mining activity worldwide. According to Elliptic, the Iranian authorities permitted mining to continue while earning hundreds of millions of dollars in crypto-assets that might be used to purchase imports. 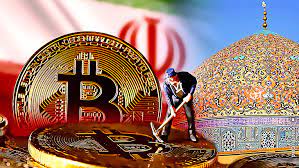 Ban on mining bitcoins in Iran

The government imposed a four-month ban on mining in May for a variety of reasons, one of which was to prevent miners from overtaxing the electrical supply. After President Hassan Rouhani told a cabinet meeting that the main cause of the outages was a heatwave that had hampered hydropower generation, the prohibition went into effect.

According to authorities, illegal Bitcoin mining is the leading cause of electricity shortages in the country. Illegal bitcoin miners use up to 2,000 megawatts of electricity, putting huge pressure on the grid, which is in high demand throughout the summer. Authorized bitcoin miners, on the other hand, use only 30 megawatts.

When the hot weather generated a large increase in electricity demand, Iranian authorities first announced that approved miners would be shut down during peak hours. The administration, on the other hand, eventually opted to implement a statewide mining moratorium until the end of the summer.

Iranian officials, on the other hand, have been pursuing unlicensed miners, claiming that they waste a lot of electricity and threaten the power grid. Tavanir began detecting and shutting down illegal mining operations as a result. Over 212,000 pieces of mining equipment have been seized by the utility in the last year, with losses of 180 trillion rials ($4 million) claimed. 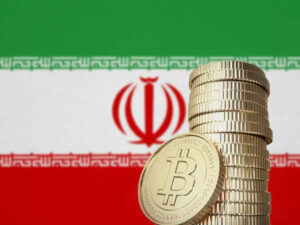 Unlicensed miners, on the other hand, have been pursued by Iranian officials, who claim that they waste a lot of electricity and pose a threat to the power grid. As a result, Tavanir began finding and shutting down unlawful mining operations. The utility has seized over 212,000 pieces of mining equipment in the last year, claiming losses of 180 trillion rials ($4 million).

Bitcoin mining is legal in Iran because the government expects Bitcoin and cryptocurrency mining to grow into a significant economic sector in the country, with revenue forecasts of $1 billion in May. The summer prohibition, on the other hand, makes it impossible to achieve the goal.

Latest Bitcoin Mining News in Iran and Its Effects

According to Mostafa Rajabi Mashhadi, a spokeswoman for the Iran utility, energy demand should have decreased across the country by the end of the summer. When the temperatures start to drop, a drop in electrical demand will allow legal bitcoin miners to resume operations.

As a result of the recent fantastic news, there are many hopeful speculations regarding Iran, according to the most current update in the bitcoin market. Iran is anticipated to soar to the top of the bitcoin mining war due to Chinese restrictions, with Iranian miners scheduled to start mining next month.

All miners who have dispersed across the globe will be able to return and resume mining. Furthermore, the country will profit as more bitcoin is produced. A miner, for example, could receive 6.25 bitcoins if he or she successfully adds a block to the blockchain. The bitcoin price, on the other hand, has been extremely volatile, making it difficult or impossible for miners to estimate how much they will be paid.

This latest occurrence in Iran, on the other hand, may have a positive impact on bitcoin’s price, encouraging bitcoin and other crypto investors to acquire bitcoin again.

Bitcoin mining, which entails the creation of new bitcoins for circulation, is an important part of the blockchain ledger’s upkeep and development. It is accomplished with the assistance of cutting-edge computers that do highly complex computational mathematical calculations. As a result, as more bitcoins are generated, the currency circulates more widely.

Iranians would have found it impossible to undertake online transactions due to Iran’s restriction on bitcoin mining, which would have had a direct impact on the country’s economy. Furthermore, corporations like PayPal and Mastercard have been unable to function in Iran since the US government implemented sanctions, making money transfers and online purchases impossible for Iranians. September marks the start of a new season for Iran’s economy, with the start of bitcoin mining for authorized farms.