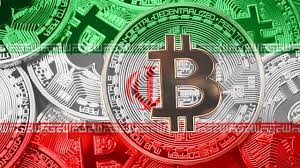 On Monday, Mr. Nazerian, head of TED, said that Iran’s officials had found as well as seized thousands of illegal crypto mining tools in the last few months.

He explained that the inspectors found those mining tools in several parts of Tehran. Iranian authorities have also been announcing the discoveries of these illegal tools in different districts of their country’s capital regularly over a couple of years.

He also said that most crypto mining operations took place in several public locations like mosques or schools, which received accessible or affordable electricity. This allowed the operators to enjoy a lot of profits as they basically had zero operational expenses.

The President of Iran’s Trade Promotion Organization (TPO) recently announced the worth of the first import order, which they successfully placed by paying with cryptocurrencies. It was around 10 million USD. He also added that in the upcoming months, the smart contract and the cryptocurrencies would get widespread in foreign trades as a means of payment options, which would be a great thing for the market. So, it is not as if the country is against the crypto industry.

Alireza Managhebi recently said that a good and stable framework for different cryptocurrencies should be built in their country to use cryptocurrencies as a means of payment for imports successfully and safely.

On the other hand, Mr. Salehabadi recently said that the sale, purchase, or investment in any cryptocurrency had been banned in their country. Iran’s MOI also released a statement in the previous month which stated that it had blocked more than 9,000 bank accounts that belonged to more than 500 individuals because of some suspicious foreign currency as well as transactions. It has been another big blow to the market, pushing people to use illegal methods to mine cryptocurrency nowadays in Iran.

What are your thoughts as Iranian authorities seized nearly 10,000 crypto mining devices? Will it increase the use of illegal crypto mining tools in the country? Let us know in the comments below. And, if you found our content informative, share it with your family and friends.

Also Read: Is the legend John McAfee still alive? His ex-girlfriend claims so!