Is Amazon to integrate into bitcoin payments and launch its own token? 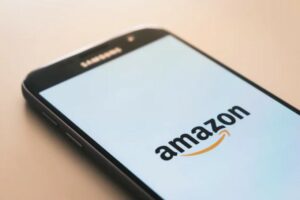 As per a report from bitcoinist.com, the e-commerce giant Amazon is supposedly looking to integrate into bitcoin payments and also for Digital Currency and Blockchain Product Lead.

Rumour has it that amazon’s dabbing into cryptocurrency and bitcoin might prove to be strengthening.

The Bitcoinist’s report says, Amazon is looking for someone who can “innovate within the payments and financial system” to join their Payments Acceptance & Experience Team.

The crypto Product Lead would need to utilise their experience with Bitcoin, Blockchain and Distributed Ledger technology, and central bank digital currencies (CBDCs) to establish a strategy and vision in partnership with other departments.

As a result, Amazon would be able to get “leadership buy-in” for these capabilities. Customer service, reference services, and a thorough technical plan to support the project were all included in the job offer.

An “insider” has verified to the news website City A.M. that Amazon is “definitely” looking to implement Bitcoin and crypto payments by the end of the year. besides, as anticipated, by 2022, the e-commerce titan may introduce its own coin.

According to the news site, Amazon has a plan that extends beyond the position of Digital Currency and Blockchain Product Lead. The source explained that this isn’t just going through the motions of putting up cryptocurrency payment systems in the future — it’s a full-on, well-discussed, significant element of how Amazon will work in the future, the person stated.

Will Amazon Integrate ADA and Ethereum With Bitcoin Key For Crypto Payments?

The proposal has also received permission from Amazon’s executive chairman and founder Jeff Bezos, according to the insider.

It all starts with Bitcoin – this is the crucial first stage of this crypto enterprise, and the command comes from the top…

The initiative is “very much ready to roll” and will begin with Bitcoin, though it will not be limited to it. Amazon executives are reportedly “excited” about the prospect of accepting payments in other cryptocurrencies in the top ten by market capitalization. Once they had “developed a rapid and safe means of” crypto payments, the second phase would be launched.

After they bring about eight of the most popular cryptocurrencies online, Ethereum, Cardano, and Bitcoin Cash will be next in line. It won’t take long because the plans are in place and have been in the works since 2019.

The development and release of an Amazon native coin will be the final stage. For the past year, the corporation has supposedly been experimenting with cryptocurrencies to pay for items and believes it is feasible to move toward “tokenization.”

This transforms into a multi-level infrastructure where you may pay for goods and services or earn loyalty tokens. For the time being, there’s not much else to say, but you can bet the Bitcoin plan will be keenly studied as potential with Amazon’s own cryptocurrency is investigated.

Amazon has yet to make an official announcement about its rumoured cryptocurrency effort. As a result, without formal confirmation, anything remains a rumour and speculation that should be treated with caution.