AViF, an IVF treatment developer based in Israel attained the CE certification mark from Europe. The certification will facilitate the export and sale of the company’s digital embryology management platform based on artificial intelligence in the European Economic Area. The announcement regarding the certification was made by the company on Wednesday. 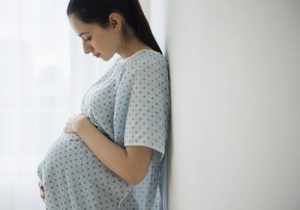 The platform which goes by the name, EMA TM attained approval from the CE certifying body, allowing it to sell and market its innovative product across Europe. This is a rather big step for the company, allowing it to explore new domains, helping it to grow and prosper.

The platform is focused on improving the success rates of IVF treatments by using a brilliant combination of artificial intelligence, computer vision, and large data sets. Its evaluation tool facilitates the determination of an embryo’s genetic suitability for transfer “without the need for an invasive biopsy.”

According to Daniella Gilboa, CEO, and co-founder,

“Some 30% of all IVF treatments take place in Europe, and clinics have difficulty meeting the demand for treatment. AiVF’s unique solution has created an automated lab that, through its remarkable digital capabilities, is able to perform many of the embryologist’s tasks rapidly, accurately, and objectively.”

AViF currently holds the credit of possessing the largest database on IVF treatments in the world. The tools offered by the platform are objective and automatic and are already being used by a number of European clinics. The company aims to attain FDA approval soon, and clinical trials are being conducted in the US towards this end.

The CE approval will be of substantial help to the company, letting them operate as the leading companies in the largest IVF market in the world. The European IVF market holds a record of performing over one million treatments annually across 1200 clinics with a market value of $4.5 billion.

The solution offered by the company will enhance the success rates while also ensuring that the treatment is made available at an affordable rate.

AViF was established with the primary objective of developing the most advanced technologies that will help in revolutionizing the field of IVF.