IT’S A NO TO WALMART BY THE GOVERNMENT OF INDIA

The government of India has came up with a rejection for Amazon & Walmart that were interested in buying the grameen e-store chain. The details of the issue are mentioned in the article. Let’s get in to know more.

Walmart is the biggest American multinational retail corporation that has hyper markets, department stores & grocery stores. Walmart has currently been in the ownership of 11,443 stores in 26 countries. It is the largest company by revenue having a revenue of $ 548.743 billion.

In India the company came in the form of a joint venture with Bharti Enterprises. The management was divided as Bharti Enterprises managed the front end of retail chains while the logistics part was managed by Walmart. The name under which the store opened in the country are Best Price Modern Wholesale. The first store was opened in the year 2009. Then in 2013; This collaboration between Bharti & Walmart came to an end.

WHAT IS E GRAMEEN STORES??

The common name is CSC (Common Service Centre) Grameen Store which is a ground breaking initiative by the CSC to promote digital ordering mechanism. It is basically an retail outlet which has a mobile application that procures, manages the inventory orders. It has offer more than 10000 PIN Codes and have registered 1.2 lakh grameen stores across the country. The prominent applications associated are:

They have a mission to create a self-sustaining network of providing a large bouquet of e-services through a single delivery platform. It is a Digital India initiative that also comes in the flagship of the Atmanirbhar Abhiyan. They are in partnership with local & global manufacturers to reach a bigger audience.

There are 4 lakh CSC’s; but only 1.4 lakh are given the permission to operate at electronic mode. 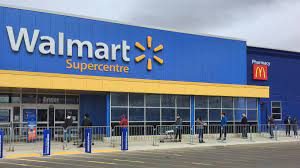 WHAT WAS THE ISSUE??

The major online companies have taken an effort to penetrate the domestic market and with that same motive; Walmart approached the Ministry Of Electronics & Information Technology (Meity) to buy the entire chain of grameen e-stores.

They have approached the government in the month of February. But the government clearly made its stake quite clear that the offer was made; but the details are not yet discussed so it’s a NO still. The same move has also been made by Amazon.

The IT Ministry official quoted that “We already have four kinds of apps and platforms which help run the entire ecosystem of Grameen e-stores. Amazon India’s proposal was that they offered us the technical know-how and offer of upgrading our stores. But that takes away our own independence and the freedom of the village level entrepreneur (VLE). So we turned down their proposal as well,”

The officials also said that the CSC stores have already been in tie up with leading FMCG brands like Nestle, Coca Cola, Bajaj Electronics and a lot more.

The mantra is quite simple to deliver at every doorstep and these giant retailers are associated with this mantra at core. This move is quite tactical as they know that they can never take the position of small stores in rural areas. So in order to take care of that; the step was taken.

But; the government has to take care that globalization shouldn’t make its way too deep.