Its first point of call will be to assist Bitcoin developers who are being sued by Craig Wright’s Tulip Trading Limited for allegedly breaching their fiduciary duties. The fund will cover the cost of outside legal assistance. 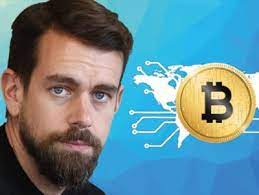 Block creator and CEO Jack Dorsey recommended establishing a legal defense fund for Bitcoin developers, citing “many front lawsuits” and “threats” that have led some developers without legal representation to “capitulate.”

The fund’s primary goal is to protect developers by locating and retaining defense counsel, preparing litigation strategies, and paying legal fees.
The Fund’s first action, according to the post, will be to coordinate the defense of Craig Wright’s Tulip Trading lawsuit against multiple bitcoin developers for a “breach of fiduciary responsibility” in respect to the theft of crypto from the Mt. Gox hack.

In an email addressed to developers, sent early on January 12, Dorsey described the open-source community as “especially susceptible to legal pressure.”

“As a result, we recommend a concerted and codified reaction to assist developers in defending themselves,” he stated.

According to him, the Bitcoin Legal Defense Fund, which is a non-profit organization, would try to aid developers with legal problems that may disrupt their work.

It will do so by assisting in the selection of defense lawyers, developing defense tactics, and paying legal fees. Developers of Bitcoin-based applications will be able to use the planned service for free – Dorsey mentioned the Lightning Network.

To begin, the fund will be staffed by volunteers and part-time lawyers, with a board in charge of allocating funding. According to the email, the board includes Dorsey, Chaincode Labs co-founder Alex Morcos, and professor Martin White.

“At this moment, the fund is not soliciting further funds for its operations,” stated Dorsey, “but will do so at the instruction of the board if necessary for future legal action or to pay for employees.”

Wright was ruled not liable in December for a breach of a commercial relationship with a former associate, Dave Kleiman, a deceased Florida computer forensics expert. The complaint was filed in response to assertions that Wright developed the Bitcoin protocol on his own or in collaboration with Kleiman. Wright’s claim to be Satoshi was never proven in court.