Tech giants like Apple and Google are frequently finding themselves in sticky situations in many countries, including the EU, China, Russia, and even India these days, owing to their alleged “anti-competitive” practices, as well as their polices which apparently put user security and privacy at risk. And now, the latest country to join the league of States who are suspicious of the activities of these popular platforms and industry leaders, happens to be Japan, which has just announced that its government will be launching an antitrust probe into their functioning, as allegations of guideline violations continue to mount. 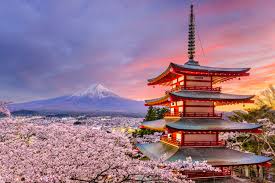 Smartphones and the US Connection

As per the announcement, which was first covered by the Nikkei Asia, the Japanese government will be setting up a special panel within this month, which will be assigned the task of keeping an eye on the alleged “commection” between US tech biggies and domestic smartphone manufactures. As of now, the Apple iOS and the Google Android operating systems are the biggest players in the Japanese smartphone market, making up about 90% of the total. As such, if any suspicious activity on the part of these US companies is reported by the panel, the country’s government might end up tightening its antitrust regulations. 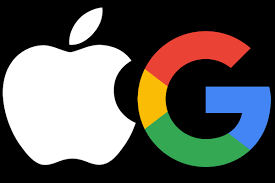 Drama Ensuing in Many Nations

Japan is not the only country that has recently toughened its stance on the functioning of US tech companies, which have frequently been facing rising suspicions among nations over their activities, which many claim are working to hamper healthy competition in the industry, by creating a sort of monopoly, and killing business for smaller companies.

Russia, for instance, recently fined Google and Facebook after they allegedly failed to get rid of content that has been banned by the country’s government, including posts relating to child pornography, and those “promoting violating” as per statements released by the country’s regulatory agency. Twitter has also been undergoing a an apparent “slow-down” in Russia for the past few months, due to similar reasons.

Moreover, the EU had also launched a full-fledged probe into Apple Inc.’s functioning in European states, after reports emerged that the firm was violating antitrust rules pertaining to its App Store. Moreover, less than a week ago, Luxembourg circulated a draft decision of a pending fine Wirth $425 million, which could soon hit Jeff Bezos-led Amazon Inc. over user privacy related issues.

Additionally, India too, has been a bit of a tussle with social media platforms recently, over their alleged non-compliance with the new IT rules that have been issued by the IT Ministry.