Jason Derulo, an American musician, singer, and dancer, announced yesterday that he began investing in cryptocurrency in June, namely Solana (SOL), and it has been a fantastic experience.

The well-known name did not reveal how much money he put into Solana. However, given how much the asset has gained in value, it appears that a substantial profit has been generated. 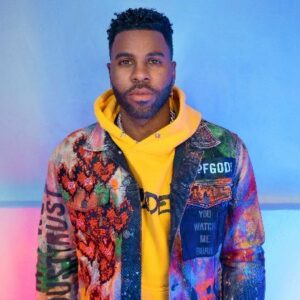 “I bet on Solana in June,” Derulo tweeted, expressing his happiness. What an adventure! #crypto.” While the celebrity did not reveal how much he put in SOL or whether he has other crypto assets in his portfolio, it is safe to assume that he is far ahead of the game, given how much the coin has appreciated over the last three months.

In June, Solana traded between $25 and $41, but in August, the coin stormed the market, dethroning Dogecoin as the top seven cryptos, before hitting an all-time high of $150 on September 4, 2021. Former hip hop singer Logic, who purchased $6 million worth of bitcoin in October last year, is now sitting on a profit of over 250 percent if he still has his BTC bag, just like Jason who is now basking in his crypto gamble.

However, unlike the two celebrities described above, the majority of celebrities that entered the crypto market this year did so via the NFT path, owing to the sector’s spectacular expansion since the start of 2021. Digital art collections are being launched or purchased by celebrities, artists, sports teams, and musicians, among others. Stephen Curry, a three-time NBA champion, paid $180,000 for a one-of-a-kind Bored Ape digital art creation.

In August, Marshall Bruce Mathers III (AKA Eminem), a renowned hip hop colossus and 15-time Grammy award winner, announced the debut of his NFT collection. In a separate story, CryptoPotato revealed that memorable moments from Pelé’s three-time FIFA World Cup-winning career will be released as NFT souvenirs, with 90 percent of the proceeds going to charity.

Don’t forget to share this post with your friends and family if you found it useful! Please leave your thoughts in the area below.