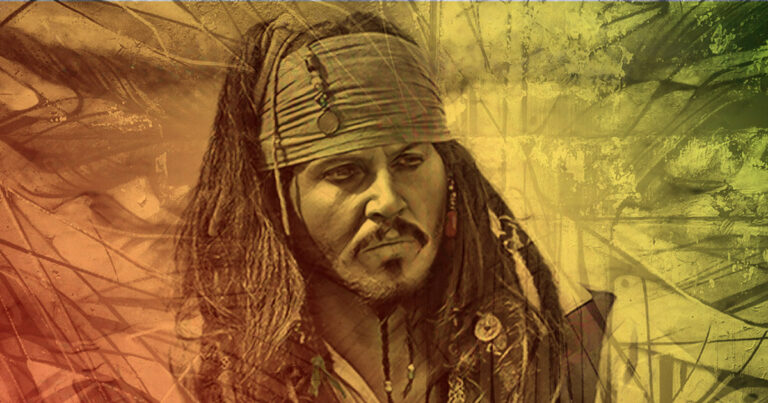 The value of Johnny Depp’s NFT collection surged unexpectedly and significantly. Although Johnny Depp was acquitted on all three counts presented against Amber Heard, the jury concluded that she not only made false and defamatory statements but also did so with “actual malice.”

Johnny Depp’s NFT collection, which he presented at the end of January 2022, was named “Near Fear Truth,” which also served as the collection’s title. It has only ever been traded for a total of 1,500 Ether since its inception. Following the judgment, there was a considerable rise in the amount of trading activity in the same NFT collection, bringing the total to $352,000.

According to OpenSea figures, there have been 212 sales at Depp’s NFT since the decision was announced. Each NFT that was purchased or sold received an average of 0.8 ether as payment.

According to Coinquora, Johnny Depp’s collection did not engage inan my transactions before the trial in March of 2022. The collection, which featured 11,111 generative art NFTs, could be acquired for a starting price.70 ETH.

One of the pieces included a self-portrait, a portrait of the artist, and a figure based on the artist’s children’s fantasies, as well as 607 self-portraits.

Discord, a cutting-edge online meeting platform, is I on creative pursuits may be found here. “The Discord community will provide Johnny an intimate room to express his creative side, while also giving you access to rare works of art, experiences, and forthcoming projects in the disciplines of music, cinema, and visual arts.” included with every NFT purchase. This will give you a better grasp of a reality that you should never be afraid of. A meeting place for enthusiasts, friends, and anybody else interested in collaborating

The jury determined that Johnny Depp should be compensated more than 10 million dollars. Despite this, Depp’s victory was far from convincing. The jury found that Heard’s counterclaim had some merit, and they agreed with her. It was discovered that Depp’s lawyer had defamed Heard by accusing her of roughing up their flat to make it seem worse to the police. This was done to make the situation seem worse than it was. They concluded that this was right. However, following additional investigation, only one of Heard’s three allegations was upheld. A court ruled that she should be awarded $2 million in damages.