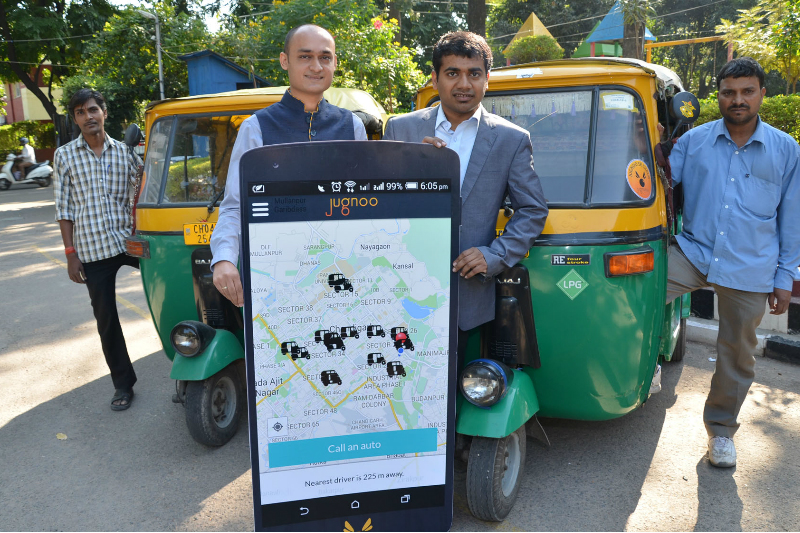 25 March, 2016, New Delhi: After the global cab aggregator Uber files a case against Ola at Delhi High Court for bogus bookings, it is autorickshaw service aggregator Jugnoo, who has blamed Ola for the same. Chandigarh based company said that Ola instructed its employees to create fake accounts through which they book an autorickshaw on the company’s app and then cancel it. In 10 days, Jugnoo says, it had 20,000 cancellations and has successfully tracked 800 fake accounts on its platform.

Jugnoo’s claims came up right a day after Uber filed a plea at Delhi High Court accusing Ola for making false booking and generating Rs 49.6 crore in damages. Now, Jugnoo has also joined the bandwagon and planning to file a lawsuit against Ola.

Commenting on the issue, Samar Singla, Co-Founder and Chief Executive, Jugnoo said, “We found this 10 days ago, when some of our cities started seeing an abnormal number of requests and then cancellations. So, their idea was to exhaust the supply and agitate the drivers. We narrowed down where these requests were coming from and found they were from Ola’s offices.”

He further stated that despite of raising the issue to Ola’s chief executive Bhavish Aggarwal and also putting up on the social network site Twittier, the fake requests continued to pile on. “We started to create a paper trail and at this point, have enough evidence. We haven’t filed a case yet because we still hope that it will stop but if it doesn’t, we’ll be forced to file a lawsuit.”