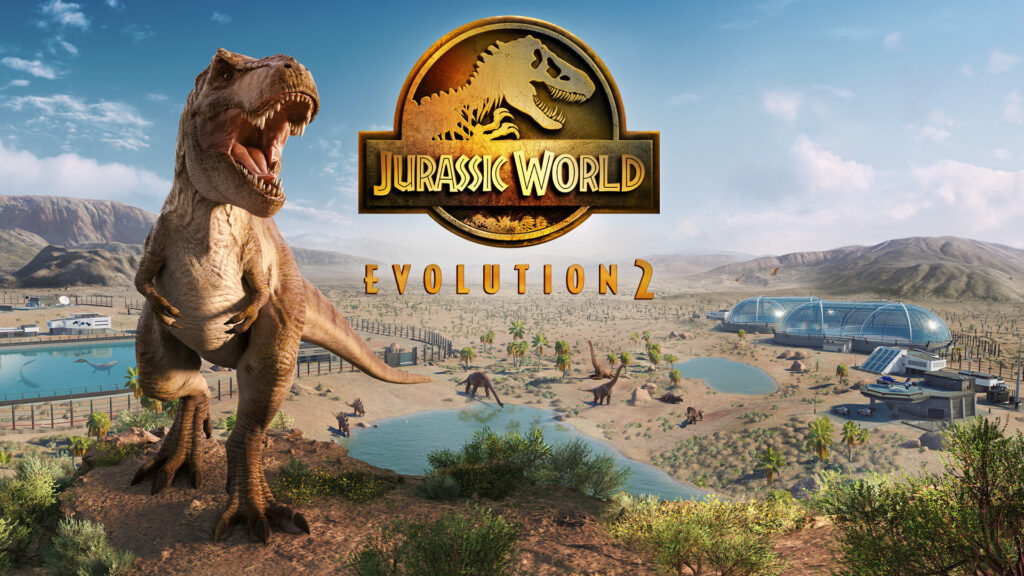 Jurassic World: Evolution 2, will go live on PC, PlayStation 5, PlayStation 4, Xbox One, and the Xbox Series X and S simultaneously. Frontier Development yesterday confirmed that the following entries in the sequel including the return of Jeff Goldblum’s character Ian Malcolm and the naval reptiles will be published on November 9, 2021, on PC and Playstation, and Xbox platforms.

Jurassic World: Evolution 2 has revealed when players will be able to open their own dinosaur park. Frontier took to the stage of Gamescom on its opening night and announced the release date to the sequel to its park building game based on the Jurassic movie franchise. It will be released on November 9th for PC, PS4, PS5, Xbox One, Xbox Series X, and Xbox Series S. But those who want to get their prehistoric zoos in shape will have to wait a little longer, as Frontier Developments and Universal Games have promised the game feature before the end of the year.

Jurassic World: Evolution 2 provides fans with everything they need to create an authentic, engaging, and one of the largest theme parks of all time, featuring a brand new immersive storytelling campaign filled with an amazing cast of the Jurrasic movies like Jeff Goldblum and Bryce Dallas Howard coupled with amazing visuals. A trailer for the game was shown at the opening of Gamescom 2021. Watch the gameplay of the games below in the developer’s diary video, which features a number of new features on how to feed herbivores and, for example, how to change the role of the dedicated scientist on your team.

A new trailer for Jurassic World: Evolution 2 has given the developers Frontier Developments a first look at the gameplay of the game. The trailer covered different environments and dinosaurs, as well as the release date. The sequel will add new dinosaurs to your parks, such as Pteranodon, Dimorphodon, and Qianzhousaurus, along with the classic dinosaurs that fans have been expecting from the game. The game will feature mountains, deserts, snow-capped peaks, and a number of new terrain hazards that will challenge players to protect their park dinosaurs and residents from environmental hazards such as violent sandstorms and heavy rains.

The gameplay involves building Jurrasic-style theme parks on the ‘Five Death ‘ island chain. The challenge this time would be building their park in an environment with five different biomes with having its own sets of challenges. Also, a number of new locations will be available, which means that you will have to adapt to the different environments your dinosaur world is in.

Players are also taking three skins for the InGen version, which refers to the antagonistic company behind the original Jurassic Park and its sequel The Lost World. Frontier Development was interested in creating a dinosaur game. Frontier staff inspected various dinosaur models and reference materials from Universal watched Jurassic Park films, read novellas and fan theories.

The original single-player campaign, with iconic film actors reprising their roles, offers a whole new perspective on the defining moments of the Jurassic World film series as players look to change the events of the movies. Jeff Goldblum, who lent his distinctive vocal cords to the first trailer, takes on the role of Dr. Ian Malcolm as in the previous game and his DLC.

Jurassic World Evolution is an interesting and ideal game for a parking simulator. It is a dream for Jurassic Park and Jurassic World fans to choose from multiple types of dinosaurs and have ample space to create the ultimate park with the franchise’s most iconic animals while controlling the entire flow of the park. Jurassic World Evolution 2 will commission players to build and operate a dinosaur theme park, complete with attractions, research centers, and other attractions.

Developer and publisher Frontier Development worked with Universal Pictures’ intellectual property owners to recreate the Jurassic Park film franchise world and Jurassic World: Evolution 2 gave developers a lot of creative freedom within the existing cinema franchise canon. The actors lend their voice to in-game gameplay which spans various modes including campaign, Sandbox Challenge, and Chaos Theory, and allows you to recreate some of the most iconic moments in the films.