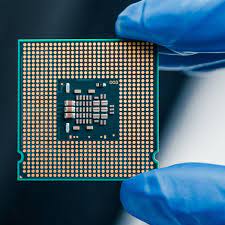 In an attempt to restrict China from having access to cutting-edge technology, various countries involved in making semiconductor chips are coming together. South Korea, Japan and Taiwan are contemplating forming an alliance. These countries are known to be the important centre point in the chip manufacturing chain. Recently, the governor of Arizona state of the US visited Taiwan in connection with a semiconductor partnership.

Semiconductors are also an important point for discussion among Quad cooperation, an alliance of four Countries namely Australia, India, Japan, and the USA. Recently the USA also announced the Chip 4 alliance consisting of the USA, South Korea and Japan and Taiwan, the dominant players in the semiconductor supply chain.

“What has happened is there are many companies spread across the world doing a small part of it, which means there’s a geopolitical angle to it, right? What if one company doesn’t supply the things that you need? What if, you know, one of the countries sort of puts things about espionage through chips? So those things make it a geopolitical tool,” Kotasthane said. Pranay Kotasthane, chairperson of the High Tech Geopolitics Programme at the Takshashila Institution.

The world is recovering from the semiconductor shortage crisis it recently underwent. The semiconductor shortage occurred due to the restriction imposed during the coronavirus lockdown. The problem was further aggravated by the spike in demand for computers during the period. Restrictions imposed by the USA on Russia also contributed to the shortage.

Reports suggest that China in recent years has invested a huge sum of money to boost its domestic production of semiconductors. While China has improved in certain areas it is still dependent on other countries for a large part of manufacturing. According to experts going forward for China would be an uphill task, considering its relationship with its neighbour and because of the alliance taking shape.