According to recent reports, Meta has to pay walkie talkie app $174 Million for infringing on its patents. Go through the entire article to learn more about this interesting piece of news.

Statements made by both the companies

“We believe the evidence at trial demonstrated that Meta did not infringe Voxer’s patents,” a company spokesperson said in response to an AFP inquiry.”We intend to seek further relief, including filing an appeal.” Katis had reenlisted in the army after the September 11, 2001 attacks in the United States and served as a Special Forces communications sergeant in Afghanistan, court filings said. When his combat unit was ambushed in Kunar province, he felt that the systems for coordinating reinforcements, medical evacuations, and more “were ill-suited for time-sensitive communications with multiple groups in a highly disruptive environment,” the complaint said.” Mr. Katis and his team began developing communications solutions in 2006 to remedy these shortcomings,” his lawyers said.”The new technologies enabled transmission of voice and video communications with the immediacy of live communication and the reliability and convenience of messaging.”Facebook approached San Francisco-based Voxer about potential collaboration after it launched a Walkie-Talkie app in 2011, but no agreement was reached, according to legal documents. Instead, the lawsuit argued, Facebook went on to launch Facebook Live and Instagram Live, incorporating Voxer technology into the features.

The main motive of Meta is to connect people and communities and grow together. It contributes to society by helping people get closer and feel closer through its platform. Talking about the people, it is extremely inclusive. It makes sure that it hires people from different cultures, and different ethnicities so that it can have a diverse working force. For Meta, their employees are extremely important for them. The company believes that if they have people from different backgrounds, it will prove their decision-making as they will be able to consider all points of view.

Mark Zuckerberg is one of the most popular billionaires in the world. He is a well-known individual all around the world as he founded Facebook, one of the most popular social media platforms in the world. Facebook was an instant hit among people and it was a step forward in bringing people from countries and backgrounds closer. Mark Zuckerberg attended Harvard University and is a self-made billionaire. He has been mentioned several times in Forbes magazine multiple times under different sections such as the world’s most powerful people and the billionaire’s list. 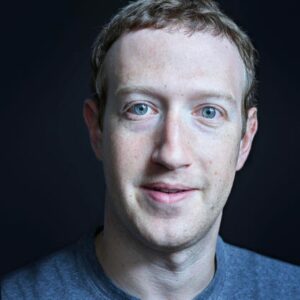