Mario Awad, a Lebanese cryptocurrency trader, was working out the specifics of a $2 million deal with a high-profile customer last month, complete with a hotel stay and the promise of a fun night out. 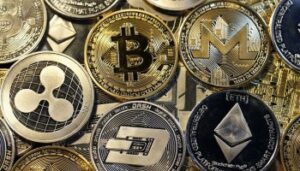 Between nonstop phone conversations at his luxury two-story flat in the coastal town of Jbeil, north of Beirut, he told the Thomson Reuters Foundation, “I have (security) officers, politicians, media personalities, everyone is buying crypto.”

“Increasingly, it’s also your average person who is trying to get out of the collapsed banks and cut their losses,”  he stated.

Awad, whose living room wall is adorned with a bitcoin cut-out, a portrait of the Virgin Mary, and a poster of Colombian drug lord Pablo Escobar, is at the pinnacle of a flourishing cryptocurrency market fueled by Lebanon’s financial system’s collapse in 2019.

By September of this year, the Lebanese pound, which has been tied to the US dollar for more than two decades, had fallen from 1,500 to nearly 15,000 on the secondary market.

Lebanese are compelled to withdraw money in pounds at a huge loss or take out US dollar-denominated checks, which are then sold for a fraction of their original value – currently around 20 percent.

The government estimated the losses in Lebanon’s banking sector at $83 billion in a recovery plan submitted to the International Monetary Fund in 2020.

The country’s tech-savvy millennials are increasingly turning to cryptocurrencies to protect themselves from currency depreciation, move money in and out of the country, and make up for their losses.

“It’s amusing when people say crypto isn’t genuine because what we discovered in Lebanon is that this digital currency is 100 times more real than the dollars we have in the bank,” said crypto enthusiast Ahmad, referring to US dollars caught in Lebanon’s financial system.

When the crisis occurred, Ahmad, who works in the oil and gas industry in the Arab Gulf, said he had tens of thousands of dollars in savings in the bank.

In June 2020, the 31-year-old took the lion’s share, losing almost 60% of his funds in the process. He joined one of the thousands of cryptocurrency trading groups on WhatsApp and Telegram through a friend, where users trade decentralized digital currencies in person-to-person deals known as “P2P.”

After withdrawing cash from the bank, Ahmad gave wads of it to a crypto trader, who sent the corresponding amount of bitcoin to Ahmad’s digital wallet in exchange for a commission of between 1 percent and 3 percent.

The majority of transactions in Lebanon’s crypto chatrooms involve a few hundred to a few thousand dollars in so-called stablecoins, such as tether, commonly known as USDT, whose value is always around $1 per unit.

These can then be exchanged for other, more speculative cryptocurrencies, such as bitcoin, the first and most well-known cryptocurrency, which was created in the aftermath of the 2008 global financial crisis as an alternative to central bank-issued currencies. 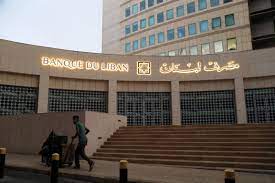 A representative for Lebanon’s central bank(Banque du Liban) has declined to comment on the scale of the country’s cryptocurrency sector or the legality of cryptocurrency trading. According to six cryptocurrency merchants who contacted the Thomson Reuters Foundation, millions of dollars in bitcoin change hands every day in Lebanon.

Many Lebanese crypto consumers sympathize with digital currencies’ anti-establishment roots: cryptocurrencies have risen to all-time highs during the same period that the Lebanese pound has been in freefall.