NKN: Everything you need to know

Cryptocurrency has been around for quite some time now and has managed to be an integral part of our payment ecosystem. I’ve been following crypto for a long time now and have been witnessed the surge in its growth and popularity over the recent years. The response it received from potential investors from all over the globe has been extraordinary, to say the least. Majorly I believe that most of you are already aware of the overall basics of the industry but still, for those of you who have doubts and need clarifications, I believe that it is best if we talk about it in brief first!

Crypto as it is often referred to as is nothing but a form of virtual currency which is very well capable of serving several purposes including trading and exchange over various cryptocurrency exchanges available online as well as can be used to purchase and sell goods and services over the internet. In other words, crypto is a form of a blockchain-based platform that is decentralized at its very core. For those of you wondering what a blockchain is? Let me help you with that.

Blockchain is a technology used mainly in cryptocurrencies that helps the platform in recording and verifying each and every transaction made over the network and make a ledger of the same. However, being decentralized means that, it has the ability to work outside the control and jurisdiction of any and all central authorities, thus can work freely without any government interference. 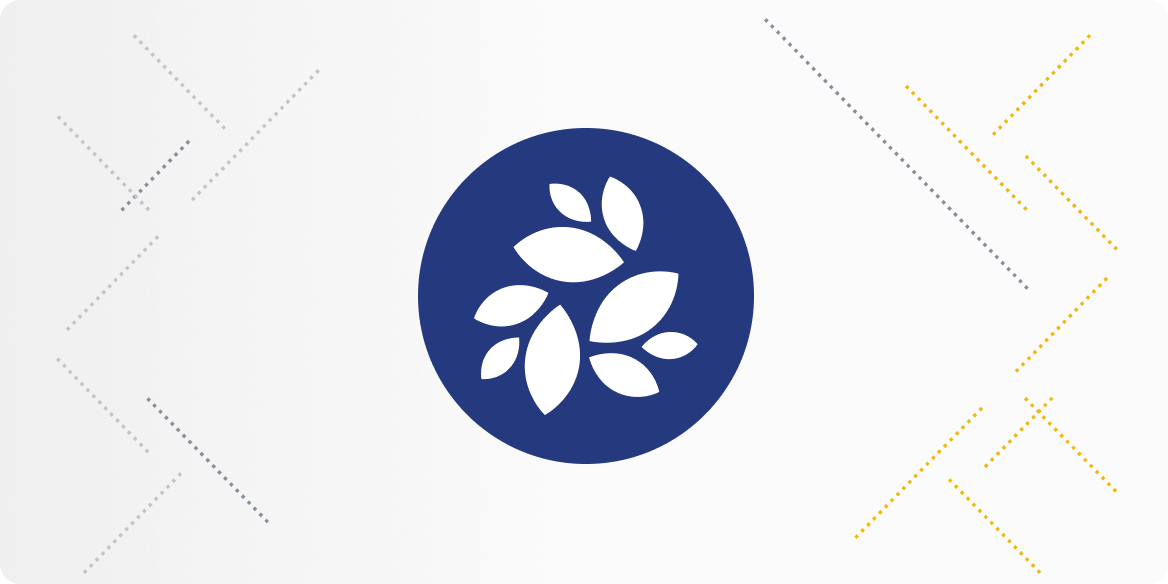 For some of you who have been following crypto since its initial phase, you will probably agree with me on the fact that, back then, not many currencies were available to choose from and not many people were interested to invest either. But, seeing around today, it feels almost unreal how the industry has managed to grow so much. Today, new currencies are coming up every day and several new customers are joining in every passing hour from all over the world.

Speaking of newer currencies coming up each day, it is worth mentioning that, all these currencies that come up don’t always enter the mainstream, and those which do, make name for themselves and become successful. Also, there are such currencies that don’t get the attention and support they desired for and couldn’t survive in the marketplace and thus, fade away soon after. But, on the other hand, there are currencies that get support from huge business tycoons like when Elon Musk publicly supported Dogecoin on Twitter and its prices skyrocketed.

On a similar note, it is vital for you to know that, some of the most popular currencies available today in the marketplace to choose from including Cardano, Dogecoin, Baby Doge, Ethereum, Bitcoin as well as Binance Coin to name just a few of course. Now that you have a basic knowledge of the industry, I believe that you will be able to have a much better understanding of what we have with us today, NKN.

Everything to know about NKN 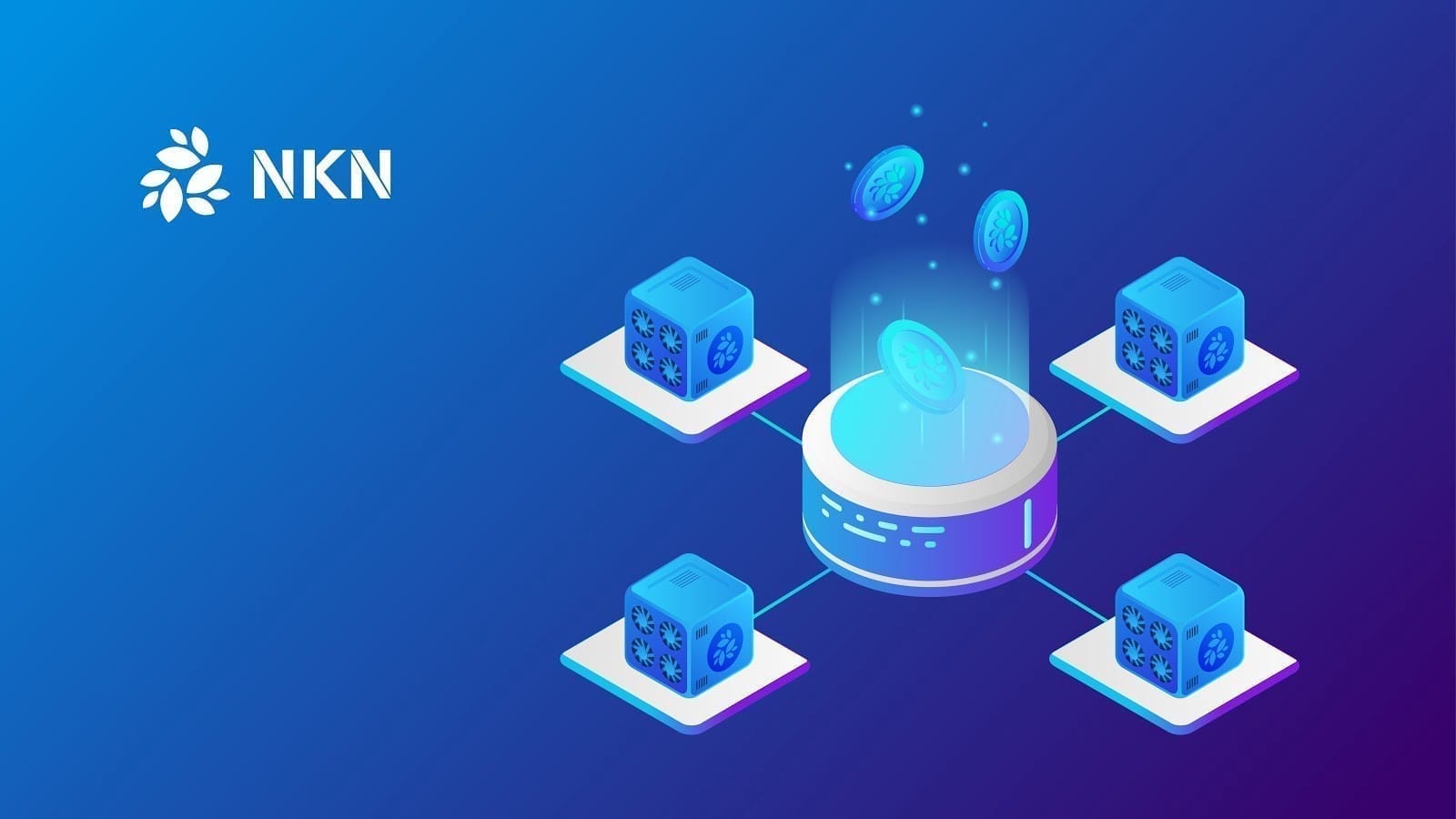 New Kind of Network or as often referred to as NKN is nothing but an open-sourced protocol for peer-to-peer networks based on public blockchains in order to share internet connectivity as well as network bandwidth. The platform is known to be founded by Stephen Wolfram and Whitfield Diffie about three years ago, back in January 2018.

However, the mainnet of NKN was introduced in July 2019. Also, it is worth mentioning that, the NKN platform has nearly 25000 full consensus nodes which are more than Ethereum and Bitcoin, both being much popular and older currencies in the marketplace and as a result, it has managed to become the biggest blockchain network on the planet in regards to full consensus nodes of course.

In other words, the New kind of Network (NKN) is a public blockchain that focuses on using economic incentives in order to motivate users on the internet to utilize unused bandwidth as well as sharing network connections. As mentioned, NKN aims to be a network for developing decentralized applications (DApps) in such a way that can increase peer-to-peer data connectivity and transmission as well.

In addition to this, before moving on further, you should probably know that, in just the past month alone, NKN has witnessed a surge in its prices by over 1300 percent, and the blockchain reported over 62,900 full consensus nodes overnight. Talking about nodes, some of you might be thinking, what role do they play? In simpler words, think of it this way that, fundamentally being a data communication network, the more the nodes, the higher will be the network capacity.

Having said that, NKN is a fairly new project which is focused on completely rebuilding the internet in order to make it decentralized, open, secure, shared, and dynamic, while being owned by the community itself. Moreover, NKN looks forward to implementing Cellular Automata for much-needed innovation on several core layers throughout the entire stack.

For those of you wondering what is Cellular Automata (CA)? Allow me a chance to explain. Cellular Automata is nothing but a state machine with a particular set of nodes, each of which is based on a local rule and changes its state depending only on its neighbor. As a result, based on the current state of its neighbors, each node on the NKN network is said to constantly update. 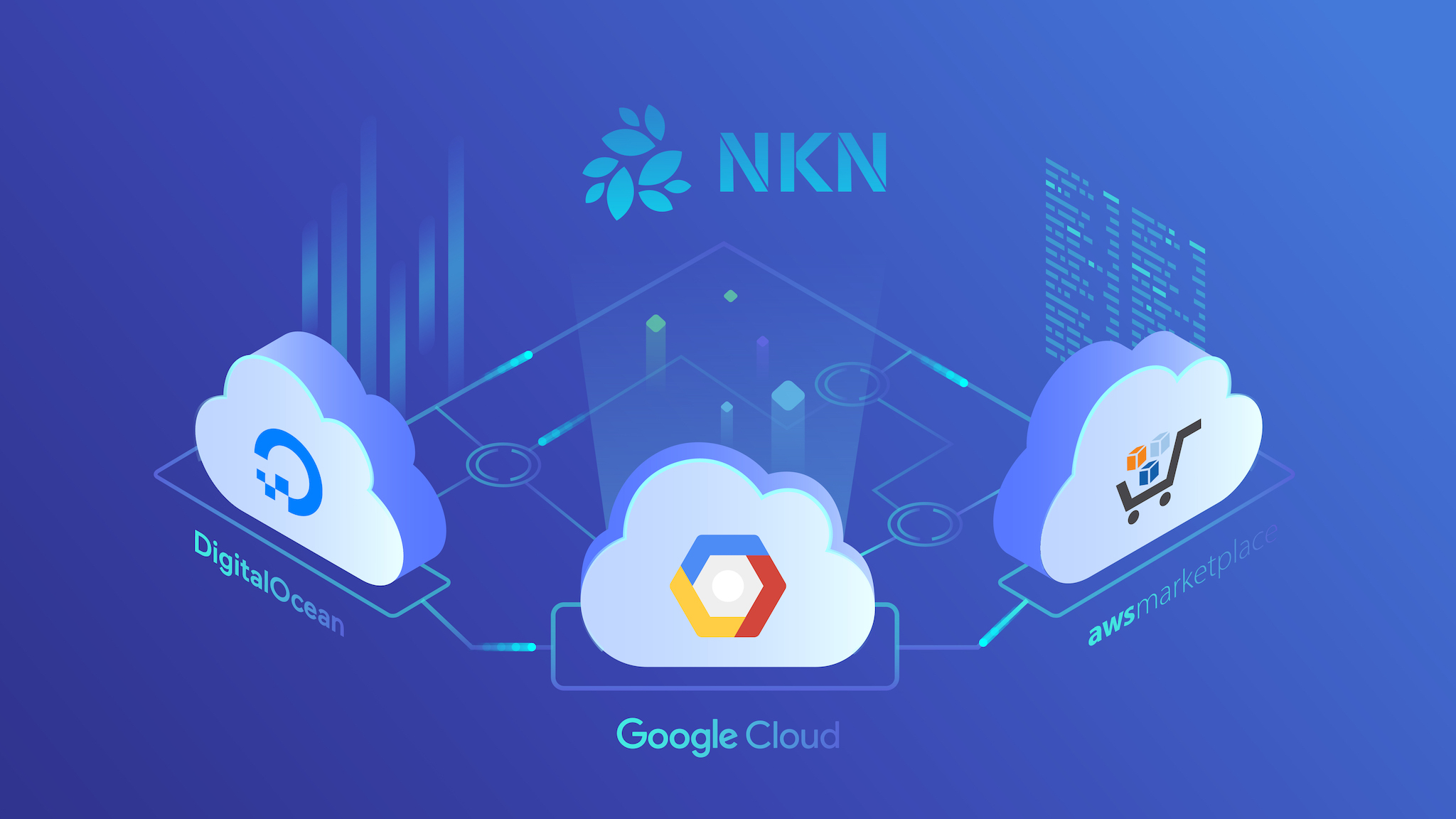 Not just that, the network plans on doing this in stages, where firstly the network will objectify decentralizing the overall network from application connectivity to network protocol. From there on, the NKN network focuses on improving the underlying blockchain technology in order to achieve fair and efficient consensus, that too without having to compromise on decentralization and node equality and finally the network will focus on increasing the use of network resources and stimulating participation, creation as well as expansion of a community-based network.

Also, as mentioned previously, NKN’s consensus algorithm is based on Cellular Automata, a New Kind of Science, as well as Ising Model, wherein a simple local majority rule, can very well lead to convergence on a system level, that too in a small number of iterations. Basically, the design goal of the network is to scale the arbitrary numbers of equal consensus nodes.

Apart from this, it is worth mentioning that, NKN is also the native utility token of the platform and can be used for several purposes on the network itself. Not just that, as per a report from CoinMarketCap, some of the major use cases for NKN include D-chat, which is a secure messaging app, nShell (secure remote terminal access), Edge Computing (contract with China Mobile) as well as Content Delivery System (contract with Chinese video giant iQIYI).

Moving on further, NKN is known to use a public key-based global addressing scheme in order to enable peer-to-peer communication directly without any centralized servers. Also, the overall routing of packets is based on Chord Distributed Hash Table or commonly known as DHT, which maps the address of each NKN to a verifiable and random position on the Chord DHT ring itself.

The platform accomplishes all of this with the help of the integration of several proprietary protocols including a blockchain, decentralized wallet as well as data access systems and it is worth noting that, since it was initially introduced, the New Kind of Network has witnessed a rapid expansion. The network is said to operate as one of the largest in the world, located across 71 countries and currently hosting more than 73000 active nodes.

Lastly, some of the benefits of the NKN platform include the fact that the protocol is said to provide a high level of transparency, it eliminates the need for centralized servers, along with eliminating the need of all middlemen from the equation, thus reducing the overall complexity and cost of transactions significantly. 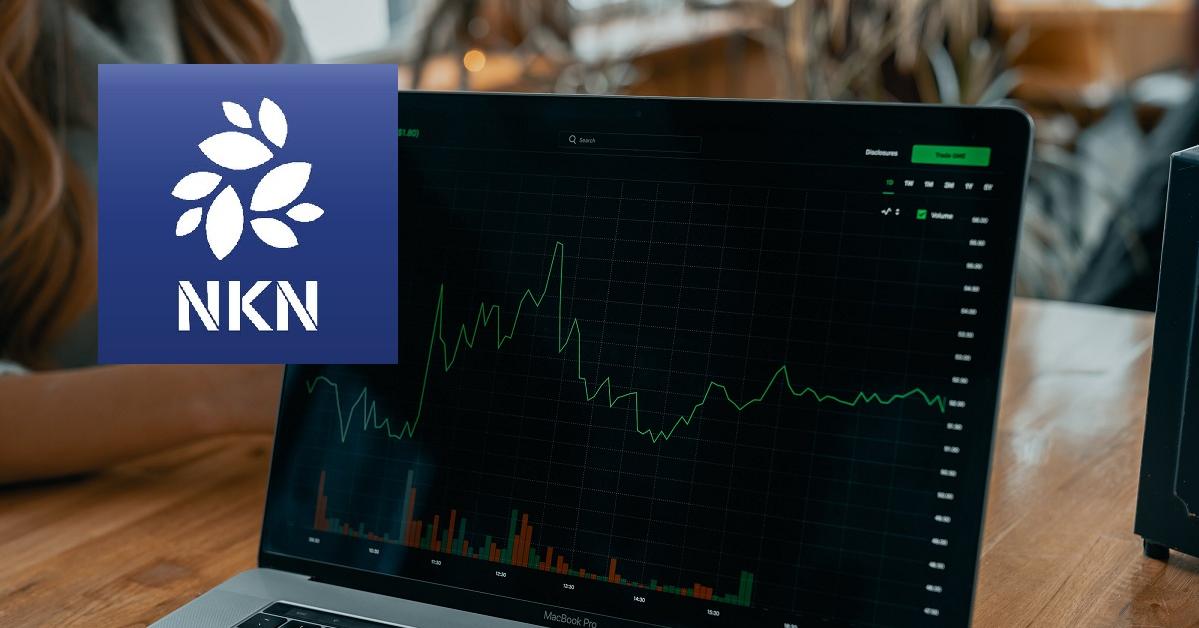 Reading so far, you must have gotten a fair understanding of the platform and by now, you should be able to figure out on your own whether or not investing in NKN is the right thing for you to do. Seeing what it has to offer when combined with its performance in the recent past as well as its plans for the near future, I certainly believe that NKN can prove to be a worthy investment in the near future and can provide you with good returns but again, nothing can be said for sure!

If still not convinced, see it this way that, if say you buy NKN worth a hundred dollars today, you will receive nearly 279.652 NKN. According to the analysis done by experts on the field, after five years of your investment, the return is expected to be about +464.8 percent and thus, your current hundred dollar investment will be nearly 564.8 US dollars in 2026. 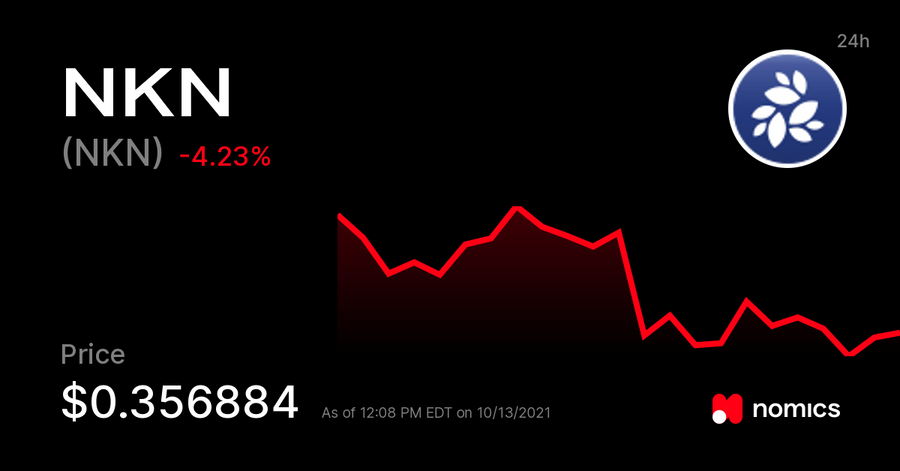 But again, as mentioned at the very beginning, crypto is a highly volatile marketplace and is extremely uncertain. Thus, It is extremely important for you to understand the fact that just like any other currency in the crypto marketplace, NKN does have its own risks as well and you should invest only if you are willing to take those risks and bear any and all losses if at all necessary.

If you are wondering, where can you buy NKN? Let me help you with that. Currently, NKN is available on all major crypto exchanges but some of the popular exchanges that have NKN listed on them include Binance, Upbit, Huobi Global, Mandala Exchange as well as Bitget to name a few.

In conclusion, What are your thoughts on NKN? Do let us know in the comments below. To know more about various cryptocurrencies, do check out other articles we have on our website. Thank you for your time & if you found our content informative, do share it with your investor friends!

Also read: Jasmy: Everything you need to know