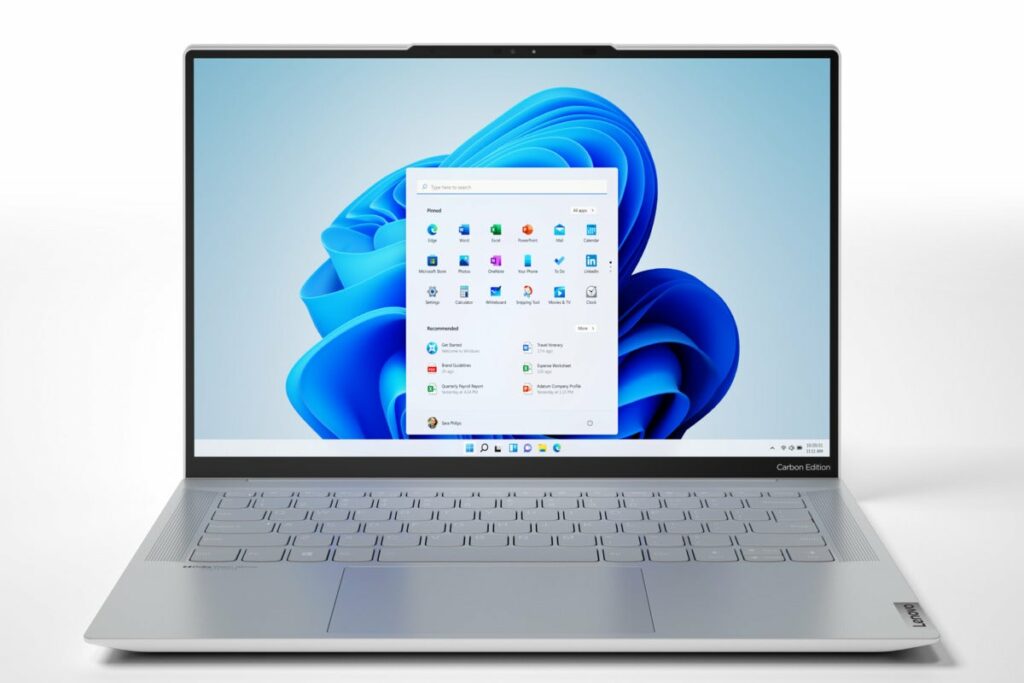 Lenovo will launch two premium AMD Ryzen-based laptops to coincide with the release of Windows 11.

The IdeaPad Slim 7 Carbon will have a carbon cover and an aluminum shell to complement its stunning 14-inch OLED display. Aside from the limitless contrast that an OLED gives, Lenovo’s Slim 7 Carbon will feature a fast 90Hz, 2880×1800 panel with a 16:10 aspect ratio. With a pixel density of 243 pixels per inch, that’s just over 5 megapixels. This is one smoky window.

But there’s more to this beauty than meets the eye. An 8-core Ryzen 7 5800U processor with an optional Nvidia GeForce MX450 GPU is included within the Slim 7 Carbon. Lenovo will provide up to 16GB of low-power LPDDR4X RAM and a 1TB PCIe SSD.

With a 61 watt-hour battery rated for 14.5 hours of operation, battery life should be outstanding. The Lenovo Slim 7 Carbon will also have Rapid Charge Express, which means it will be able to charge a dead battery in 15 minutes and run for 3 hours using its 65 watt charger. 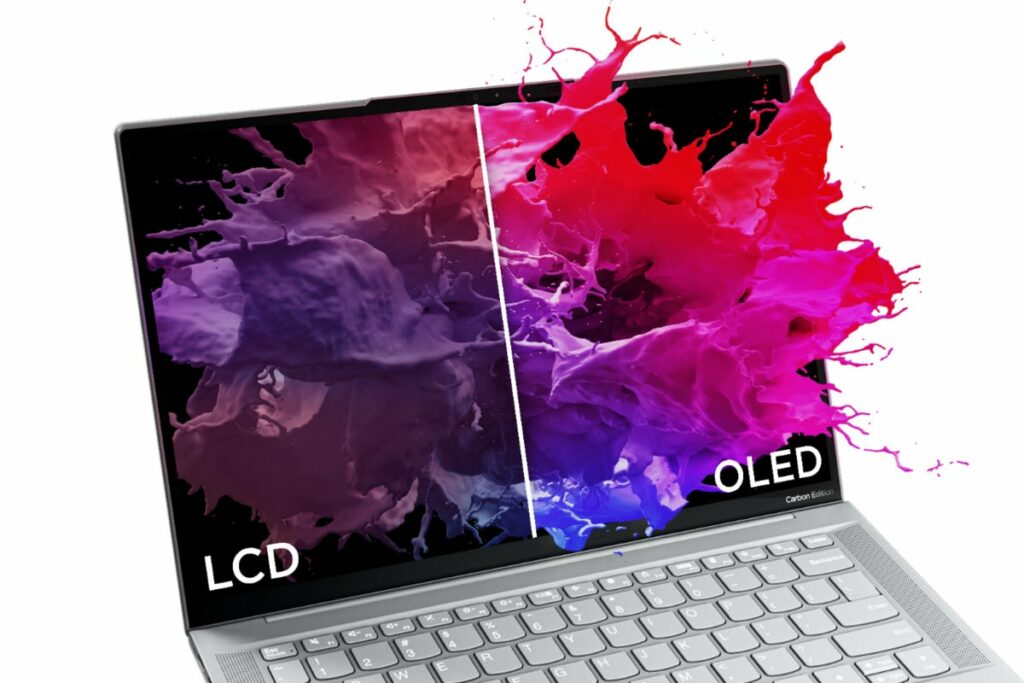 There’s no support for Intel’s Thunderbolt 3 or Thunderbolt 4 technology, and there’s no rectangular USB-A port, just like every other AMD laptop we’ve seen. Instead, Lenovo provides three USB-C connections, allowing you to charge the laptop while using the other two.

Lenovo claims that the Slim 7 Carbon, which will debut on sale in October for $1,290, will weigh about 2.4 pounds thanks to its light-weight carbon and aluminum casing.

Lenovo also revealed a new IdeaPad Slim 7 Pro if a 14-inch screen notebook with a GeForce MX450 isn’t enough for you. It’s for someone who could use a little more oomph.

The laptop also has a 16:10 aspect ratio screen, which we think is better for getting work done than 16:9 aspect ratio laptops. The IPS panel has a maximum brightness of 500 nits and is rated for 100% of the sRGB spectrum, with a 120Hz refresh rate option. 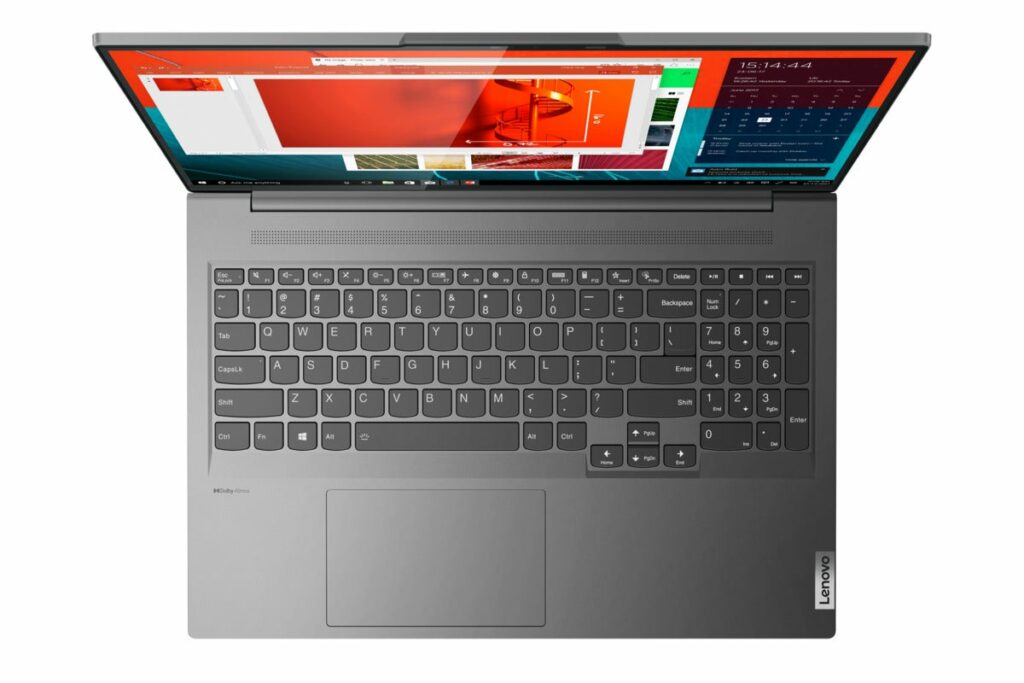 An 8-core Ryzen 7 5800H processor, up to 16GB of DDR4, a 1TB PCIe SSD, and a GeForce RTX 3050 Laptop graphics chip are all included in the laptop. Because the H-class Ryzen chip has more thermal headroom than the Slim 7 Carbon, you should expect the CPU to perform faster. Meanwhile, the GeForce RTX 3050 Laptop GPU is built on Nvidia’s newest “Ampere” GPU cores, rather than the older “Turing” GPU found in the Slim 7 Carbon.

This patch brings significantly improved gaming performance, hardware ray tracing capability, and Nvidia hardware encoding and decoding, which might allow you utilize Adobe Premiere on the go. Obviously, a larger screen and increased performance are not free. The Lenovo IdeaPad Slim 7 Pro will weigh around 4.6 pounds, which is a significant increase over the Slim 7 Carbon.

The Slim 7 Pro will be powered by a 75WHr battery that is rated for 12.5 hours of operation. Two USB-A ports, an SD Card reader, an HDMI port, USB-C, and an audio jack are available as ports.

The IdeaPad Slim 7 Pro, which starts at $1,450, will also be available next month.