Lucid Motors is set to begin production in the latter half of 2021. Considered as potential competition for Tesla, Lucid Motors’ Air Prototype was spotted several times on the road. And now it was seen near the town of Millbrae on California Highway 280. 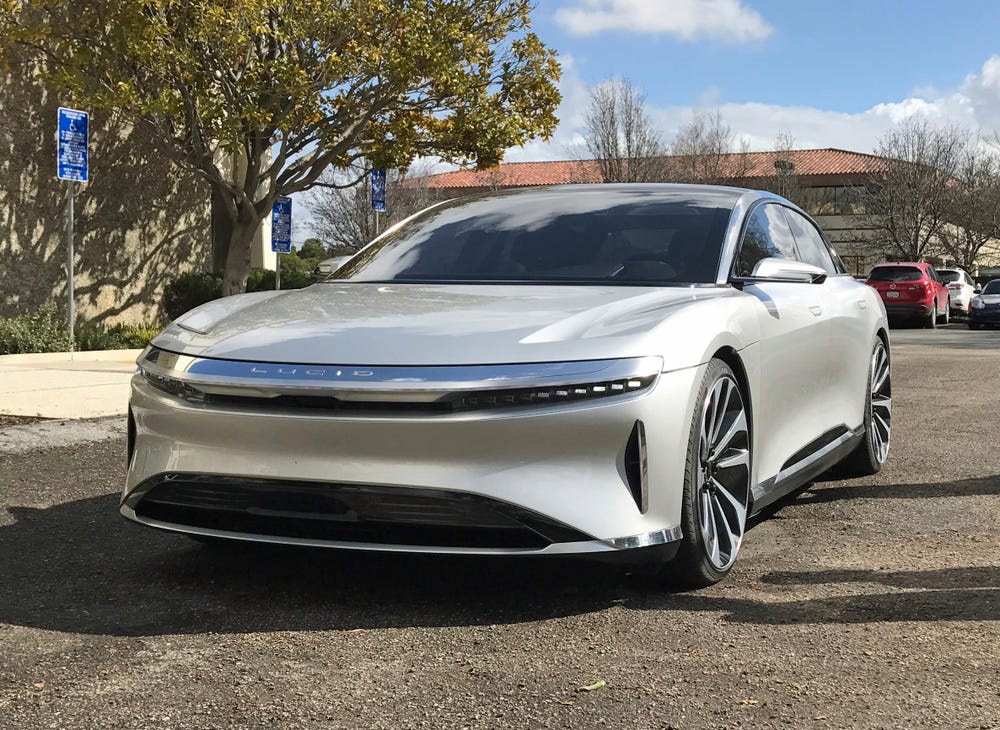 As said by the photographer, Blake M., who spotted the car, the car doesn’t look sporty, but a bit bulky, unlike Porsche Taycan.

Lucid Air is known to have more Mercedes S500 style. However, the range is considered a tough completion. Alongside Lucid Motors isn’t backing down with their advertisements. Recently they even purchased ad space in the SNL hosted by Tesla’s CEO, Elon Musk.

Furthermore, the Dream Edition Sedan has a range of 500 miles per charge. And has 1,080 horsepower. While the Grand Touring Range version has 517 miles range with 800 horsepower. There are a total of four models.

Additionally, the price is as low as $69,900 with the flagship dream edition. The highest-priced model costs around $161,500.

As the company is boosting its testing process. Their manufacturing facility in Arizona production facility is working with limited edition. The Dream edition production line is yet to start.

They are relying on human-based production. But automation is being used at places wherever possible. Having hands-on manufacturing ensures product quality. For Lucid Air, the human hands can inspect the air in magnification. As wrote by Lucid Motors, “At this stage in the process, it’s less about the robots and more about the hands-on human element. It’s all carefully choreographed.”

The result of human hands is a limited edition. also, for starters, the first 500 editions are being manufactured on the account of Lucid Air. Additionally, the hands-on inspection is unbeatable, because start-ups have major trouble with the production line quality. Like, Tesla admitted to having quality control issues long ago.

Though there is no evidence, it is rumored that the Lucid is faster than Tesla Model S Plaid. Also, there are replies where Elon Musk replied, saying Rawlinson was never part of the powertrain or other main components of Model S plaid.

Rawlinson was never chief engineer. He arrived after Model S prototype was made, left before things got tough & was only ever responsible for body engineering, not powertrain, battery, software, production or design.

Being part of Tesla once, Rawlinson is often either criticized or supported more. However, the LinkedIn profile of Rawlinson states that he was in fact chief engineer and vice president of Model S. Only based on rumors Lucid Motors and Tesla are having some rough patches. If Lucid Air were to actually do better than Model S Plaid, the competition will increase.