It is a rather challenging feat to develop and optimize therapeutic antibodies. After the identification of an antibody that binds to an appropriate antigen, the optimization process that follows is quite time-consuming and demands a lot of resources. Now, with the help of a machine learning method developed by researchers, the optimization process can be enhanced, thereby helping in the development of more antibody drugs that are effective. 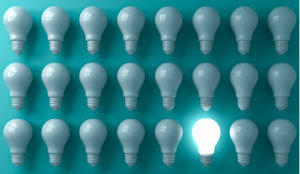 The identification of optimized antibody variants is facilitated through the prediction of antigen specificity using deep learning from a space of antibody sequences that is highly diverse.

“With automated processes, you can test a few thousand therapeutic candidates in a lab. But it is not really feasible to screen any more than that. Ultimately, this approach lets you identify the best antibody from a group of a few thousand.”

Reddy and his colleagues were engaged in the process of increasing the initial set of antibodies to several million using machine learning. This is due to the fact that the more candidates there are, the better the chances of finding one that ticks off all the boxes of suitability criteria.

The researchers used Herceptin, Roche’s antibody cancer drug to provide proof of concept for their new method. The drug has been n the market for twenty years. The drug was not chosen so as to make suggestions for its improvement because it is not an easy process to make changes to an approved drug. Rather, it was chosen because of the fact that the scientific community is well-informed about the antibody and its structure has been published in open-access databases.

This trained algorithm was applied to facilitate the search of a database containing  70 million potential antibody DNA sequences. The algorithm was successful in predicting the level of effectiveness with which the antibodies would bind to the target protein. This was of remarkable help in bringing out a list of millions of sequences.

The number of candidates was reduced to 8000 after computer models predicted the suitability of DNA sequences in meeting the criteria of drug development.

Eventually, 55 candidates were selected from the list of optimized sequences which could be used for the production of antibodies.

The artificial intelligence method is now being applied by the ETH scientists for the optimization of antibody drugs that are in clinical development. The recently found, ETH spin-off deepCDR Biologics is a result of this effort. It partners in drug development with both early-stage and established biotech and pharmaceutical companies