Majority Of Tweets On Russia-Ukraine War Coming From Bots 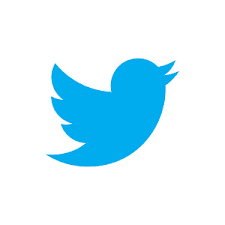 Majority Of Tweets On Russia Ukraine Coming From Bots

According to reports, the Researchers at the University of Adelaide, Australia studied more than 5.2 million tweets on Twitter, including – tweets, retweets, quotes and replies. The study took into consideration such tweets tweeted between February 23 and March 8 this year. The study was conducted to understand the effects the bots could produce on the discussions around the war happening online. The discussions also attempted to study the impact of bots on human emotions.

Reportedly, the tweets coming from bot accounts were identified through a Botometer- developed to identify bot accounts. According to the researchers, a majority of tweets analysed during this period found that 90% of Twitter handles tweeting in support of Ukraine. Around 7 % of those tweeting tweeted in support of Russia. The least number of people had a balancing opinion on the matter.

However, according to one of the researchers it could not be established if such tweets were contributing to migration. The research also pointed out that most of the tweets coming from bot accounts were transparent about being a bot, as their username contained the term bot. The researchers also realized that bots usually tweeted between mornings to one in the afternoon.

Elon Musk this year declined to acquire the microblogging site saying that it is not presenting the complete picture of the same. Earlier this month one of the former security analysts at Twitter said that Twitter lags behind essential infrastructure requirements for security. The whistleblower also brought out that, Twitter uses a different set of data while accounting for fake news. The micro-blogging site Twitter has often reiterated that it is correct about its stand on bots.  Twitter says that only five per cent of Twitter accounts are fake. Twitter and Musk have sued each other. The hearing for the same is set to begin next month.

According to research bots could trigger emotions like anger and hatred.