Now, you can buy and sell your digital artwork

We all know LG as an electronics item brand that has been in this business for years and years. Now! The company has launched a new feature known as the NFT through which the customers will be able to buy and sell their artwork. This new feature which is being introduced by the company will help people buy, sell and discover on their LG smart TV. earlier this feature was not in India but was only introduced in the USA. The company was planning to have this feature for a very long time, the company confirms. 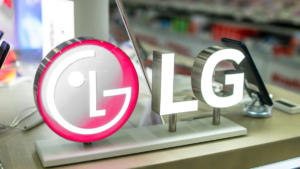 The company said this about 8 months ago that they are planning to introduce this feature in a press conference. Now, after 8 months the company has successfully incorporated these features in the TV. The company has also collaborated with many other companies like Hedera network to incorporate this new feature. The Hedera offered LG an app through which consumers would be able to purchase the NFT through Wallypto. The people at Hedera were working on this technology for months and have finally executed it in the market. The Hedera governing council includes Google, IIT, Telecom, etc.

It wasn’t easy for the company to get started with the new technology. The company is expecting people to get familiar with the feature very quickly as the consumers have already been in the ecosystem where NFT is not a new thing. The NFT launched by LG will be having some new features within it. This feature allows people to interact with the blockchain directly and this gives easy access to the consumers as well. Not only this but the new feature is way more sustainable than any other NFT. It consumes less energy than others. Due to this feature, it makes this NFT economically feasible for the public. People will have to pay less money for this public ledger.

Due to this new LG, other companies that are somewhat rivalry to Lg like Samsung will be introducing a more or less same technology in some time. This will be very interesting to watch the new features that samsung puts in in their technology.