20 Books That Mark Zuckerberg Suggests You To Read This Year

Mark Zuckerberg, the fifth richest entrepreneur in the world and everyone’s favorite CEO, recently turned a bibliophile. With the dawn of 2017, he made a resolution to read one book every two weeks. He also promised that the books would cover a versatile range of topics, ranging from politics, cultures, economy, technology and education.

And every book lover and Zuckerberg fan like me is very thrilled about his twitter announcement. What’s more is that Zuckerberg gave a list of 20 books what he wants people to read. Excited? Yes! Here are the 20 books list that Mark Zuckerberg swears by. So go through the list and then rush to the nearest bookstore.

Why Nations Fail written by Daron Acemoglu, an economist and James A. Robinson, a political scientist. Based on long term research and strong knowledge, this book analyzes where countries and governments go wrong in bringing peace and prosperity to their people. 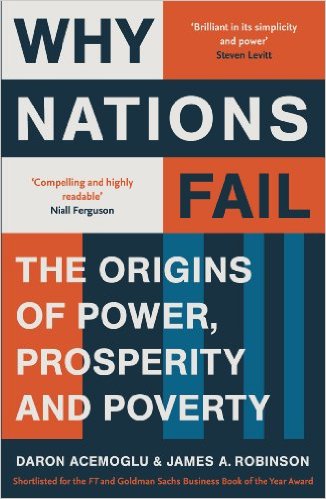 The Rational Optimist was released in 2010 and is written by Matt Ridley. This is a must read for any entrepreneur and businessman. The book argues the functioning of business and makes a point on how progress would be faster if people could get what they want without trading what they have. Interested? Me too! 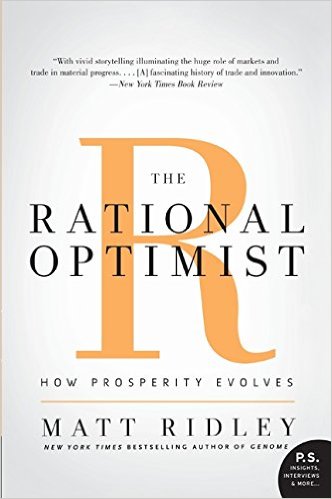 3. Portfolios of the poor: How the world’s poor live on $2 a day

Co-authored by Stuart Rutherford, Jonathan Morduch, Daryl Collins and Orlanda Ruthven, Portfolios of the poor is based on research done by then in countries like India, Bangladesh and South Africa, where an average poverty stricken man lives on under $2 a day. 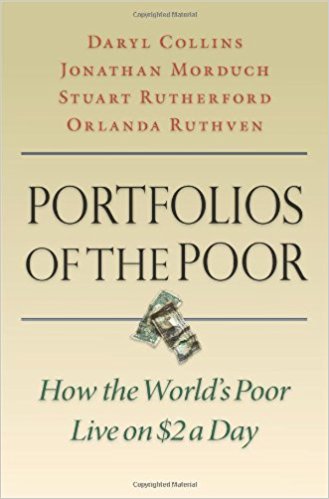 The first part of a trilogy named Remembrance of Earth’s past, The three body problem is a science fiction written by Liu Cixin. The book focuses on how aliens invade earth after the Chinese government sends them a message. This book has won The Hugo Award for Best Novel in 2015. 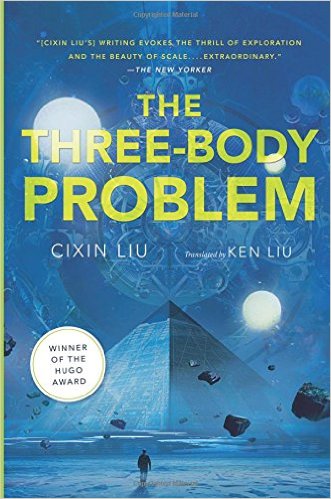 5. Genome: The Autobriography of A Species in 23 Chapters

Another book by Matt Ridley is one of the favorites of Zuckerberg. Genome: The Autobiography Of A Species in 23 Chapters is inspired by 23 pair of chromosomes found in the human body. Every gene tell it’s own story through it’s own chapter. 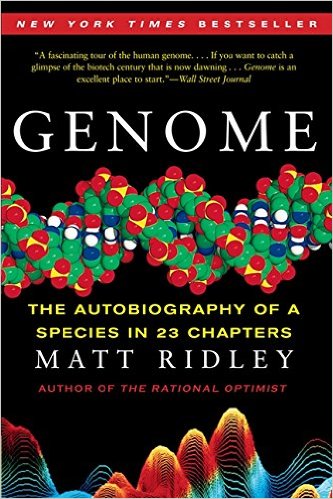 The Muqaddimah by Ibn Khaldun, is based on Islamic history and, is written during the 14th century. What was the face of Islam then? How did it evolve? This book covers it all. 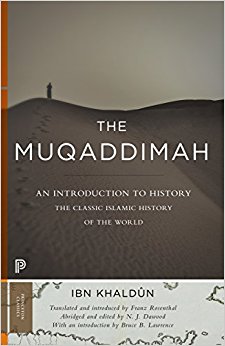 7. Sapiens: A Brief History of Humankind

Sapiens: A Brief History of Humankind by Yuval Harari, Sapien is a Hebrew book translated into English. The book trances the human history in four parts, Cognitive revolution, Agricultural revolution,unification of humanity and scientific revolution. How have humans evolved from being cave men to narcissists, is the base idea of the book. 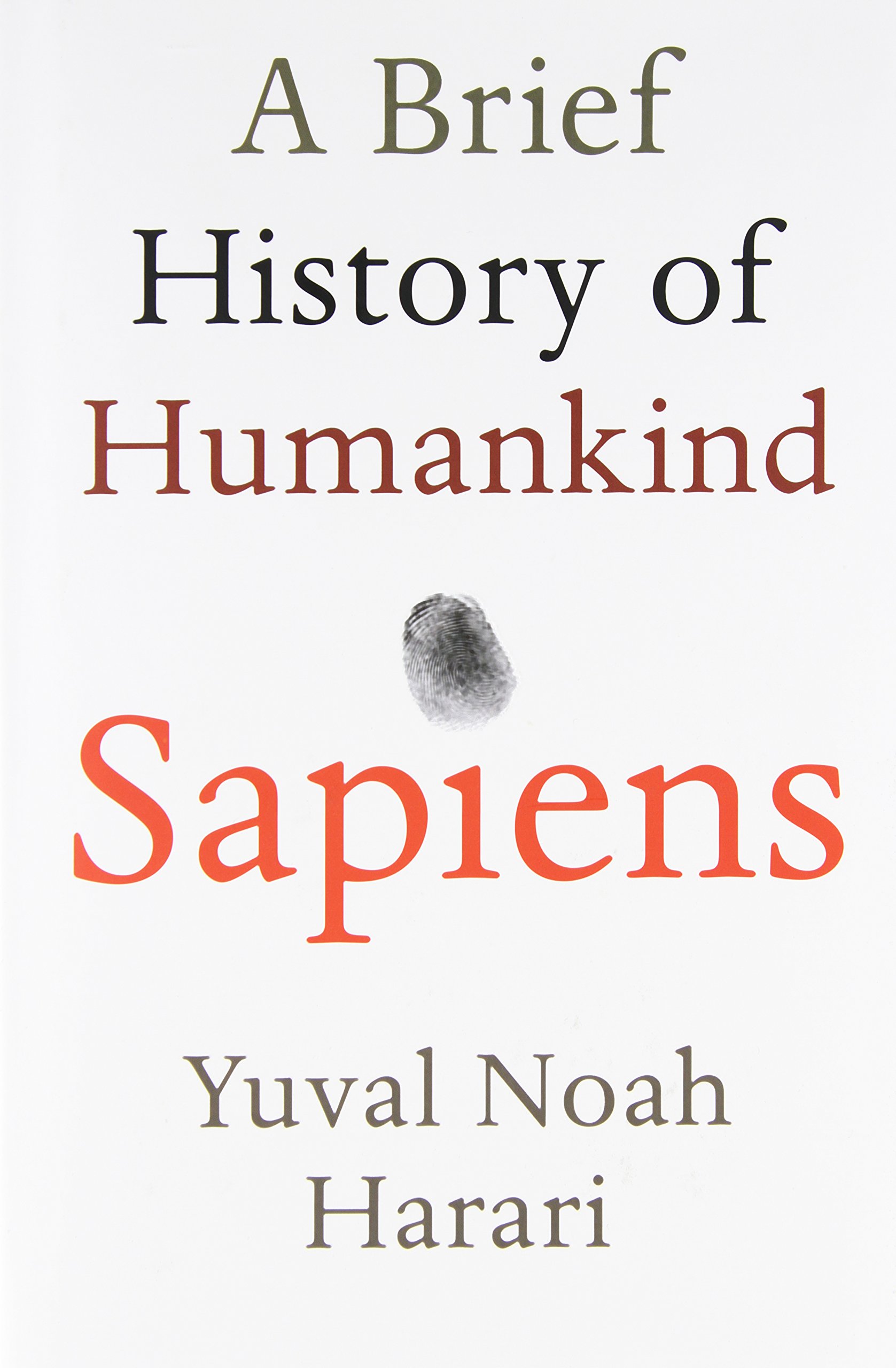 8. The varieties of religious experience: A study in Human nature

William James, a Harvard university psychologist and philosopher, wrote this book based on his lectures on natural theology given in University of Edinburg. In the varieties of religious experience: A study in Human nature, he analyzes religion and people’s need of it and beautifully represents this in his book.

9. The New Jim Crow: Mass Incarceration in the Age of Colorblindness

A book by Michelle Alexander, a legal scholar, the New Jim Crow: Mass Incarceration in the Age of Colorblindness fights for black rights. It revolts around the legal system which stereotypes black men as drug peddlers and law abusers and gives them a really tough trial which they are bound to lose. 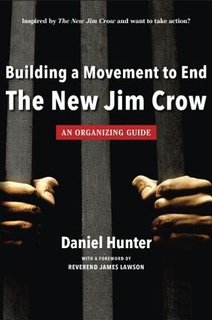 10. The End of Power: From boardrooms to battlefields and churches to states, why isn’t being in charge what it used to be

Written by Moises Naim, “The End of Power: From boardrooms to battlefields and churches to states, why isn’t being in charge what it used to be” portrays the shift of power in every field, from government to businesses. This book traces the constrains of modern day world and focuses on how the public is now the king. 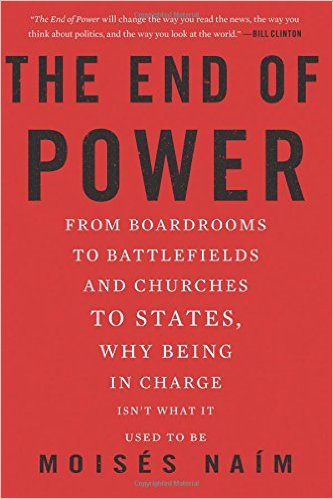 11. Creativity, inc: Overcoming the unseen forces that stand in the way of true inspiration

The story of Pixar, written by Ed Catmull- cofounder of Pixar studios, is an inspiration for every entrepreneur. Creativity, inc: Overcoming the unseen forces that stand in the way of true inspiration unearths how the concept of Pixar came up and how it is now ruling the world of animation. It gives you the tips and tricks of the trade and by the end of the book, you would have evolved as a businessman. 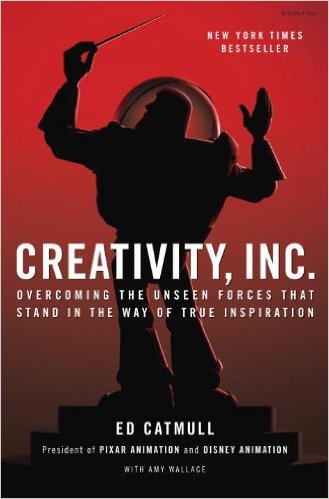 12. The Better Angels Of Our Nature: Why Violence Has Declined

The Better Angels Of Our Nature: Why Violence Has Declined by Steven Pinker, a Harvard psychologist, states that violence has decreased over time. It implies that media focuses on the crimes more than focusing on the developments, and how it is tainting our minds. This book is the favorite of Mark Zuckerberg as well as of Bill Gates. 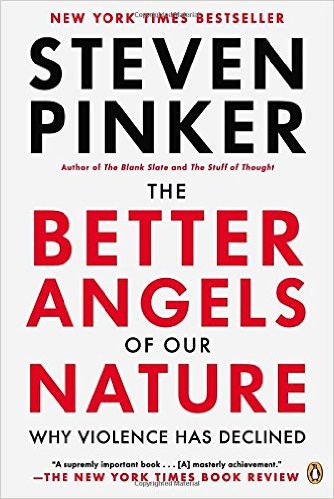 13. On Immunity: An Inoculation

Eula Bliss is a woman just like us. She is scared of Government frauds, medical managements and most importantly, the health of her newly born child. She is confused about the vaccines and researches about them. She puts the things that come up through her research in her book. On Immunity: An Inoculation is a must read for every human being, as it explains you your biggest fear- your health. 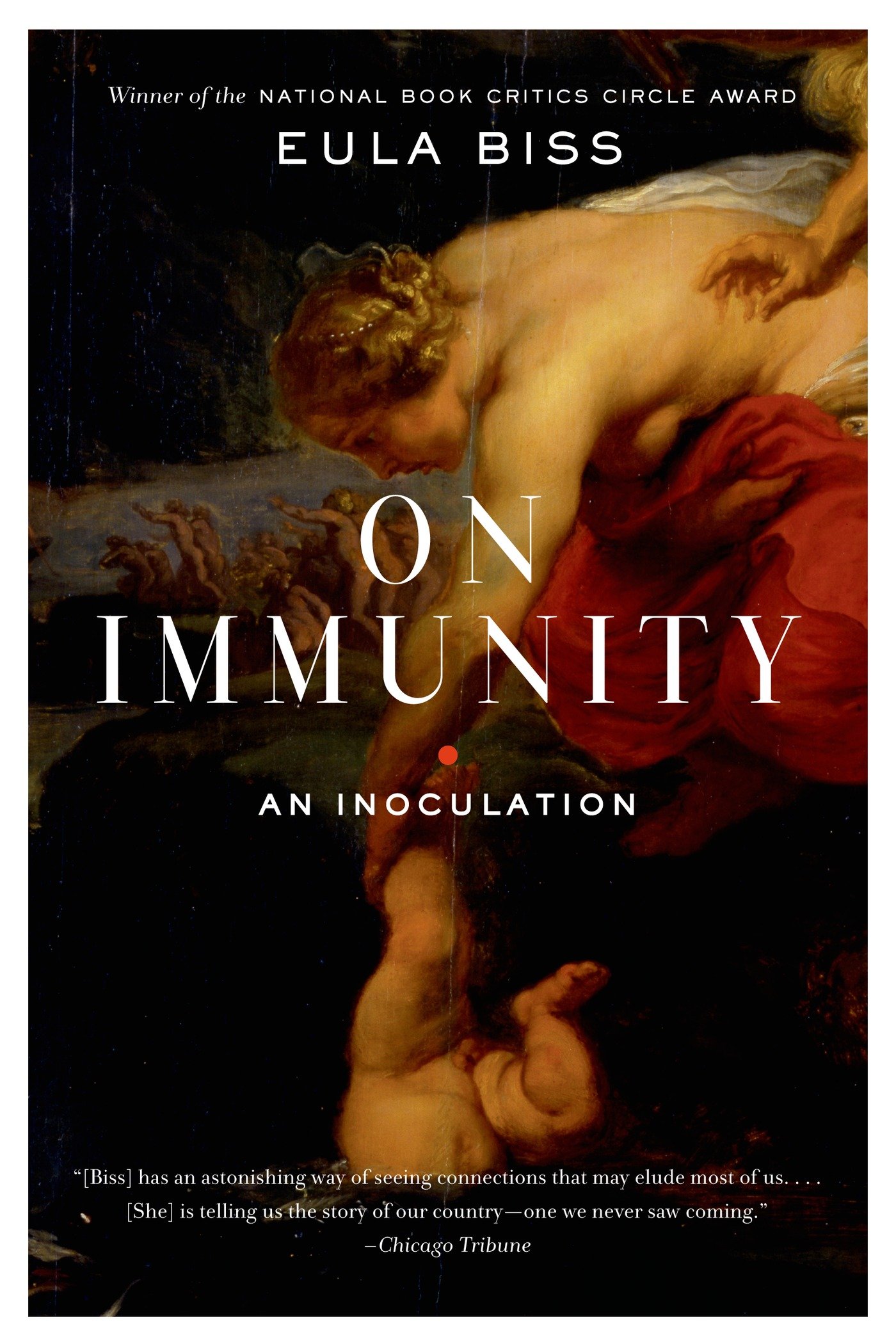 Published in 1988, the Player of Games is a science fiction written by Iian M Banks. The book shows us what our futures would look like when technology is so developed that machines take over the world from the humans. 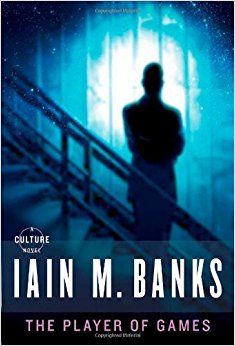 15. Gang Leader For A Day: A Rogue Sociologist Takes To The Streets

Gang Leader For A Day: A Rogue Sociologist Takes To The Streets is an autobiography written by Sudhir Venkatesh, where he documents his encounter with a gang leader, JT, who smuggled drugs, was in the crowd with pimps and prostitutes and dealt with cops in his way. For 10 years Sudhir lived with JT and wrote a book about him. 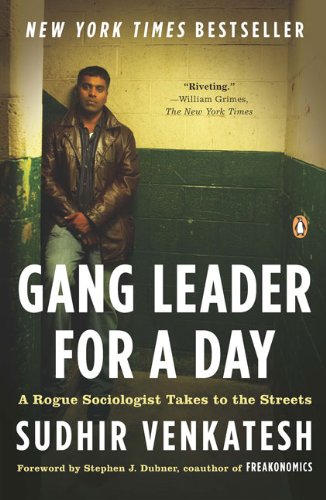 16. The Structure of Scientific Revolutions

A philosopher writes a scientific book. Shocking, right? Well, Thomas S Kuhn did just that. Kuhn studied the development of science, it’s history and it’s evolution and wrote The Structure of Scientific Revolutions to be read for generations to come. 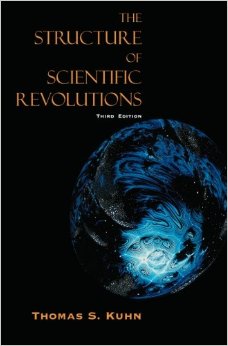 Written by Peter Huber, Orwell’s Revenge: the 1984 Palimpsest presents the world as the Big Brother house, in which just one citizen is being monitored. It is based on George Orwell’s description of the future, where technology will enslave men. 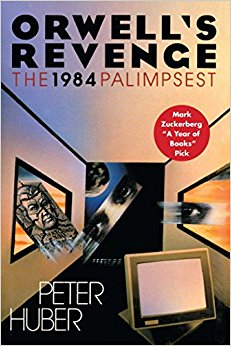 In Energy: A beginner’s guide, Vaclav Smil takes the equation E= mc2, given by Einstein describing all humans are just energies and explains the most complex scientific advancements based on that equation. 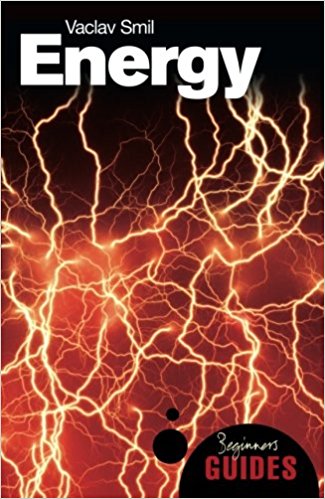 19. Dealing With China: An Insider Unmasks the New Economic Superpower

Henry M Paulson reveals how China became a superpower so rapidly and relations between the US and China. In Dealing With China: An Insider Unmasks the New Economic Superpower, he explains how it is possible for world’s largest population to become world’s second largest economy. 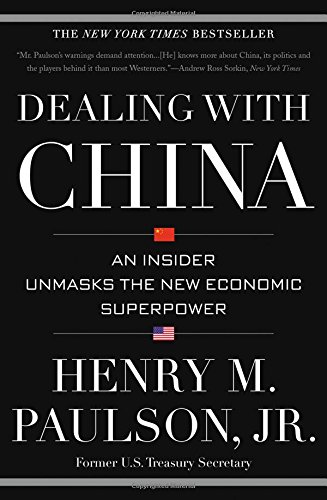 Economist Micheal S-y Chwe breaks down the psychology of an average person and explains why a few particular things comfort everyone and are the things that rule the world. In Rational Ritual- Culture, Coordination and Common Knowledge, he  explains the concept of a particular idea dominating everything else in a very simple manner. 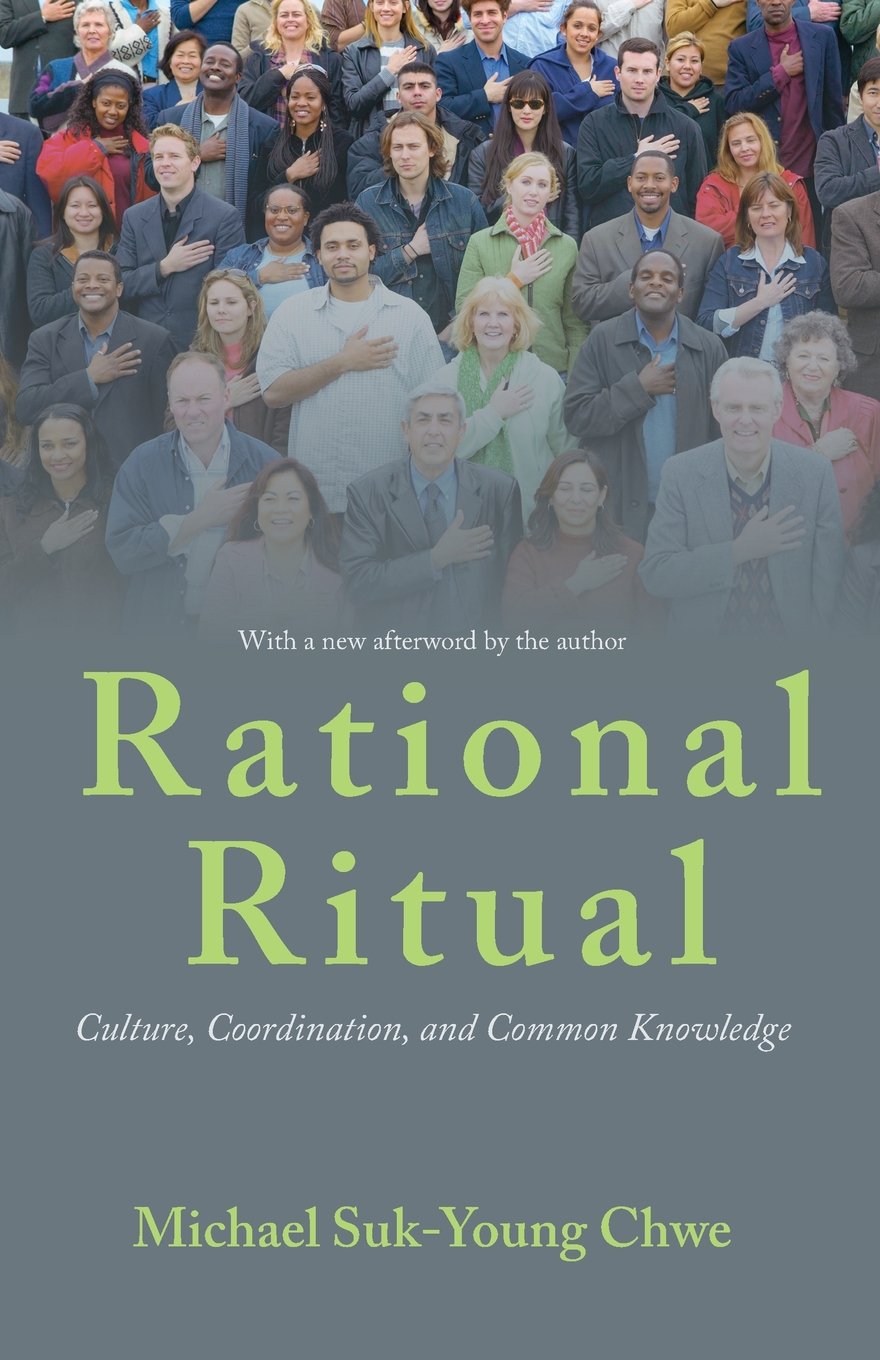 These are the books Zuckerberg insists us to read and read we shall!

Also Check: Need Motivation? Here are 7 must read motivational books of all time!