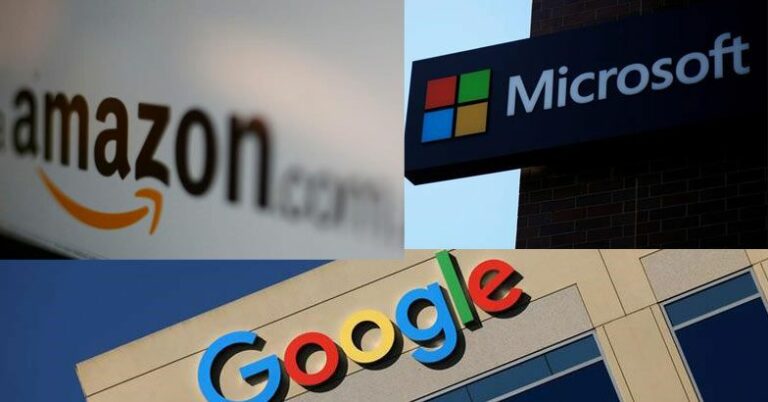 Market cap of major US Tech companies decline by $3 trillion

Investors are disappointed with the financial performance of major information technology companies as the biggest tech companies in the United States of America are suffering huge losses in their share market value.

Latest reports from US stock markets suggest that tech giants listed on New York Stock Exchange and NASDAQ witnessed their value tumbling by more than 3.2 trillion dollars. Back-to-back losses and poor earnings posted by the tech companies have disappointed investors and traders who keep the share value upwards all the time.

Just in the past week, major tech companies posted lower-than-expected revenue and profit as advertisement and related revenue streams are running dry.

High inflation in the major economies and interest rate hikes by central banks across the globe have pushed the global economy to the brink of economic recession. As multinational companies are trying to cut costs and reduce expenses, advertisement is given less importance. That in return severely impacted the revenue of tech companies that rely mostly on advertisements and endorsements for revenue.

Stocks of tech giants such as Google, Apple, Microsoft, Meta, and Amazon together witnessed their market capitalization declining by more than 300 billion dollars in the last week as quarterly earnings reports gave mixed results for almost all tech companies.

Ecommerce giant Amazon suffered one of the biggest blows this week as the market value of the company declined by 170 billion dollars. There have been some reports that the e-commerce giant is expecting very slow and desiccate sales during the holiday seasons. Customers across the world and especially in the European continent have been highly conscious about spending money as the economic situation in those countries is getting worse day by day.

The parent company of Google, Alphabet also suffered huge losses in the stock market last week as the multinational technology company witnessed its market capitalization go down by 80 billion dollars. Chances of a global economic slowdown and less advertisement revenue had serious impacts on the financial position of Alphabet, Understating the situation, investors have been trying to let go of the stocks of the company.

Meta, the parent company of Facebook, also tumbled by more than 20 percentage as investors are highly concerned about the economic situation of the company. The company lost 80 billion dollars in valuation in the past few days. The market capitalization of Meta is currently staying at 266 billion dollars.

Competition with TikTok in the advertisement market and the loss of youngster users to apps such as TikTok and Snap Chat also had serious impacts on the revenue streams of the company founded by Mark Zuckerberg. Statistics also suggest that the net worth of Mark Zuckerberg has gone down by nearly 81 billion dollars since the Facebook company was rebranded to Meta.