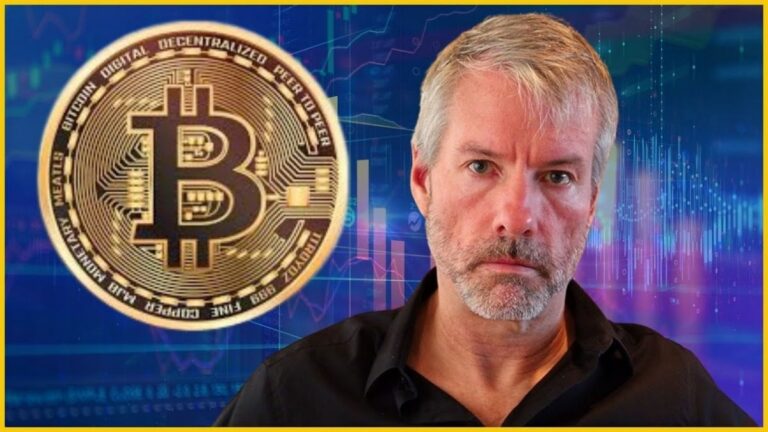 Michael Saylor, CEO of Microstrategy and a huge supporter of Bitcoin, recently said that the markets aren’t ready for Bitcoin-backed bonds yet. He says that he would love to see Bitcoin-backed bonds being sold like mortgage-backed securities. However, we aren’t there yet. So, till that time, the next best thing would be a term loan from a bank.

Michael Saylor’s company recently took a $205 million loan for company operations and bought more Bitcoins by keeping their holdings as collateral. So, it is a BTC-backed loan and is interest-only, which means the principal amount wouldn’t be affected as the term of the loan progresses. This loan also shows that BTC is an asset, and you can use it to take debts.

Two days after the announcement of this loan, Michael commented on the volcano bond that El Salvador was planning to release really soon. The $1 billion BTC-backed bond of El Salvador was postponed because of market uncertainties due to the war. However, Michael says that the volcano bond was still riskier than the loan they took. The reason was because of the hybrid element in the former, while their loan was purely backed by Bitcoin. So, the credit risk to El Salvador’s bond is higher.

Michael also said that he is bullish about the long-term growth of Bitcoin and suggested that New York should take a debt of $2 billion and buy Bitcoin. While BTC is yielding 50% on average, the debt cost is 2% or even less.

Michael Saylor (born February 4, 1965) is an American business leader and co-founder of MicroStrategy, a firm that specializes in business analytics, mobile software, and cloud-based services. He is also the only trustee of Saylor Academy, a free online education provider. Michael has written a book called “The Mobile Wave: How Mobile Intelligence Will Change Everything,” which was published in 2012. He has been granted 31 patents and has nine more patent applications pending as of 2016. However, in the past 2 years, his reputation has transformed from being an entrepreneur to mostly a Bitcoin enthusiast and one of the biggest bulls in the industry.

Do you agree with Michael Saylor when he says that markets aren’t ready for Bitcoin-backed bonds? What is the reason behind that? Let us know in the comments below. Also, if you found our content informative, do like and share it with your friends.