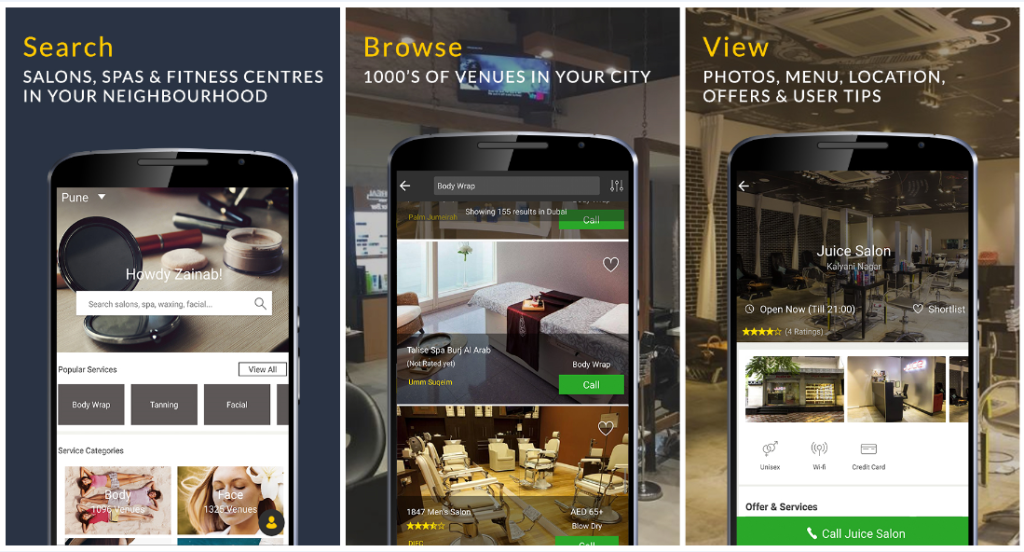 1 February, 2016, Pune: Beauty & wellness start-up Mazkara has raised US $ one million in seed funding from Dubai based early-stage investors Dunamis Ventures. Prasanjeet Roy (earlier heading ad-sales in old Dubai and Northern Emirates for Zomato) along with  Mohammad Ali co-founded Mazkara in March 2015. They had earlier bagged US $500K as angel investment from PE Investors in Dubai.

The start-up which coined the term ‘Glam-tech’ took an international-first approach by debuting in Dubai in May and subsequently launched in their home turf, Pune, in August 2015. With over 3000 daily visitors increasing at a solid 15 per cent month on month, Mazkara has over 90,000 monthly visitors and are driving an average of 500 appointments daily. The funds from this round will be used to scale their product team and subsequently launch operations in Delhi, Mumbai and Abu Dhabi.

“Mazkara qualified on every level when we assessed them for this round of funding. They have a solid core team with proven start-up experience in their previous roles. Their technology team is very lean and agile, due to which they are able to scale and ship new features much faster than their contemporaries. Most importantly, they have a solid revenue stream and have been selling since day zero” said Tanzil Ismail, Managing Partner at Dunamis Ventures.

At its core, the product is aimed at helping its users stay beautiful, by enabling them to search and discover beauty services at salons and spas in their locality. Mazkara’s current business model is Pay-per-Lead based wherein they charge a small fee for every customer directed to a partnered venue.