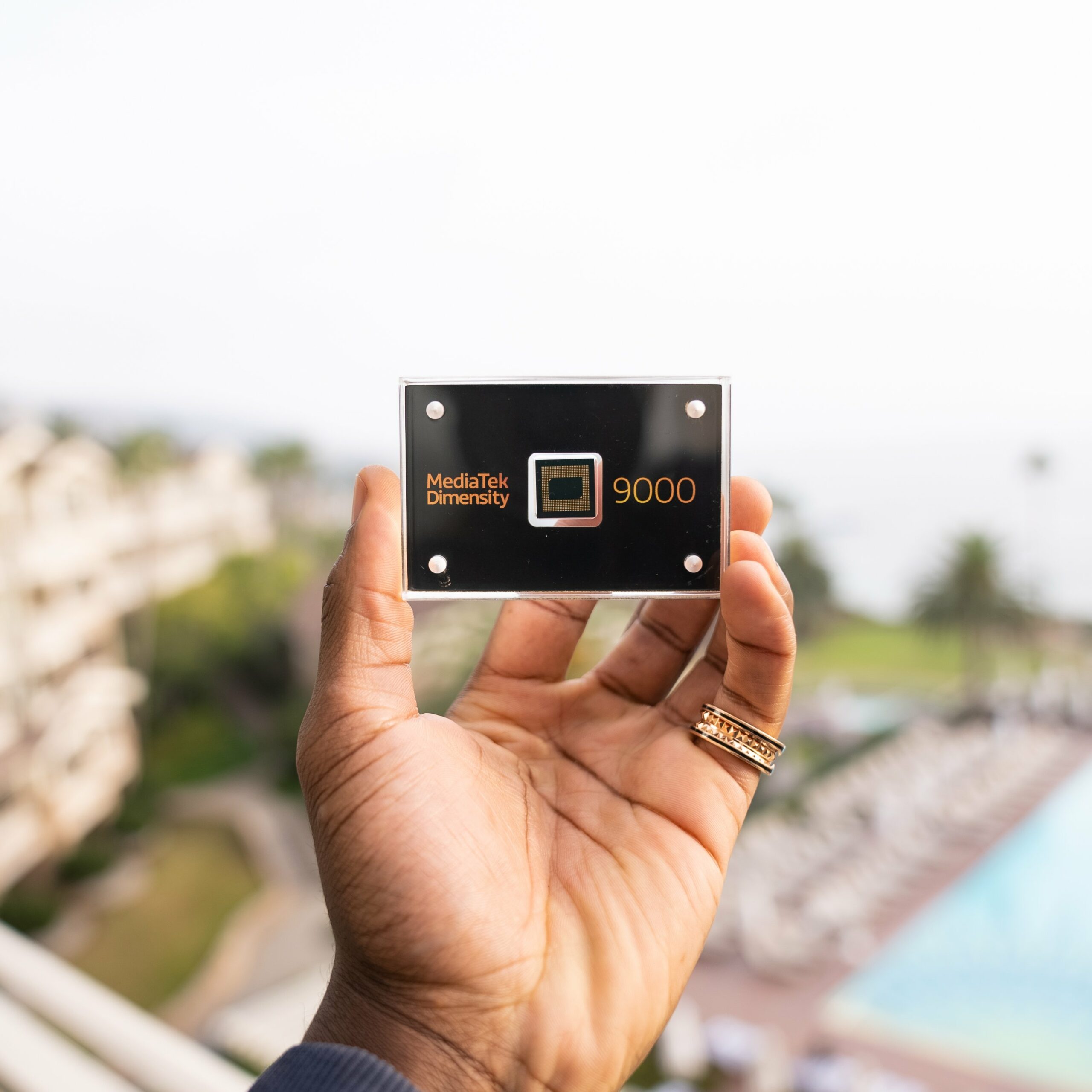 Interestingly, this is also the first CPU built by TSMC utilizing 4nm production, making it more power-efficient than Apple’s A15 Bionic chip, which powers the Apple iPhone 13 series of handsets and is based on 5nm fabrication.

Features and Specifications for MediaTek Dimensity 9000 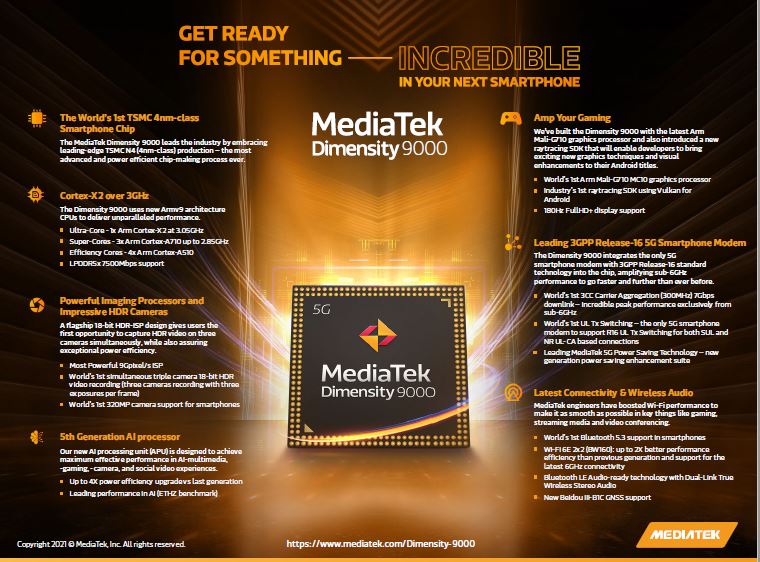 For the first time, Mediatek appears to have created a truly flagship SoC processor capable of competing with Apple and Qualcomm. It also offers some industry-first features including an ARM Cortex-X2 architecture-based CPU core, LPDDR5x RAM compatibility, Bluetooth 5.3 support, and some fairly unique camera capabilities.

The Mediatek Dimensity 9000, like other current CPUs, has an eight-core CPU design with a single primary core based on the ARM Cortex-X2 architecture with a maximum clock speed of 3.05GHz.

Again, the OEM will make this decision, not the consumer. A high-end phone may have LPDDR5x RAM, whilst an upper mid-tier smartphone may use LPDDR5 RAM as a cost-cutting strategy. 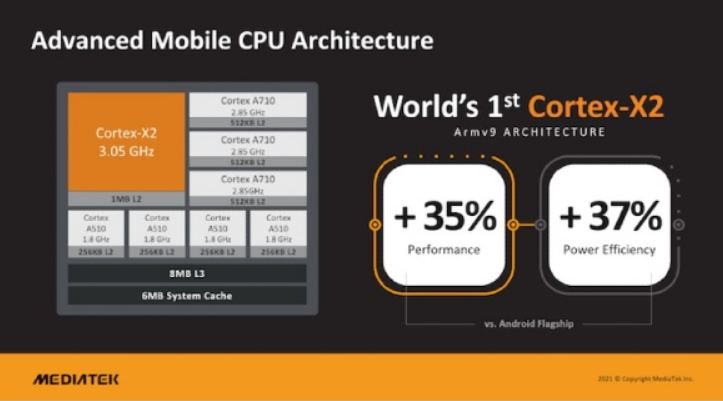 Imagiq790, a triple 18-bit ISP with capability for up to 9GPix/s processing, handles image processing on the Dimensity 9000.

The Dimensity 9000 can accommodate up to 320MP sensors or three 32MP cameras. According to the processor’s video recording capabilities, it can encode 8K30fps and 4k120fps videos and decode up to 8K60fps films.

According to networking, the CPU features a built-in 5G modem with up to 7Gbps download speed. Furthermore, the CPU supports WiFi 6E (6GHz) as well as the 160MHz band.

This is also one of the first CPUs in cellphones to enable Bluetooth 5.3. The chipset supports GPS, GLONASS, BeiDuo, and even ISRO’s NavIC for navigation.

Furthermore, TSMC’s 4nm manufacture is more energy-efficient than the 5nm fabrication employed by SoCs such as the Snapdragon 898 and the A15 Bionic.

Yes, Mediatek appears to have created a CPU capable of competing with top-tier smartphone SOCs for the first time.

However, this is only based on the specifications, and we will have to wait for the actual devices powered by the MediaTek Dimesity 9000 SoC to test the processor’s real-world performance, efficiency, and stability.