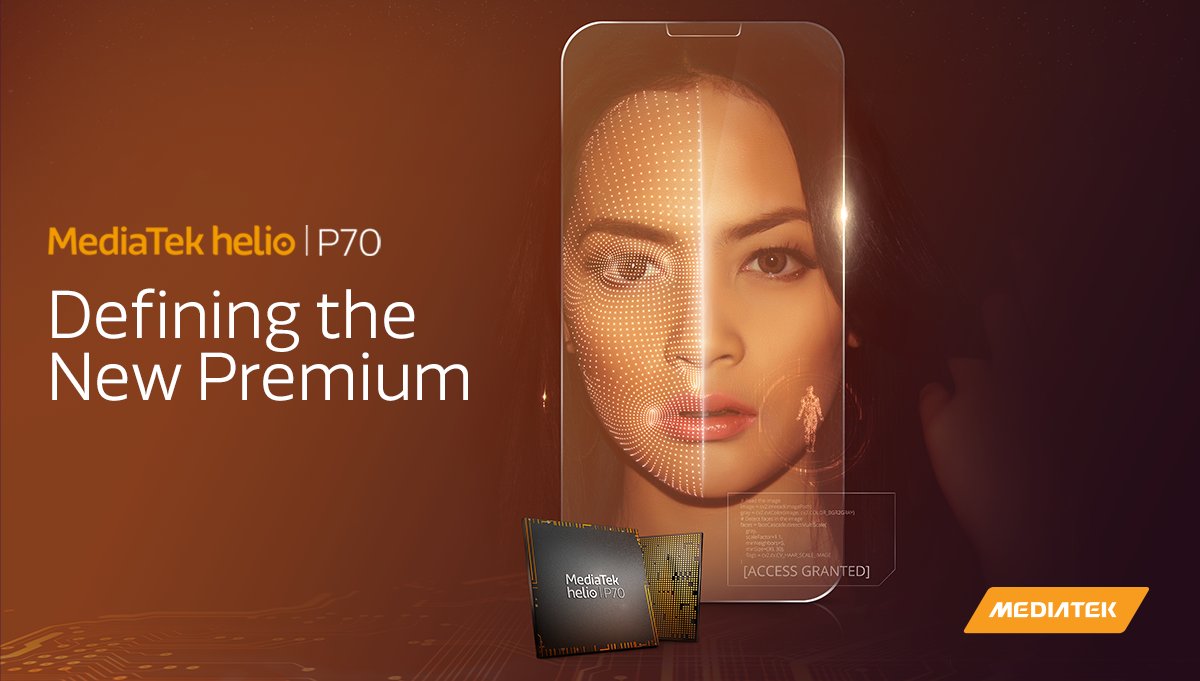 The chip is built on 12 nm manufacturing process.

The Helio P70 has support for 20:9 displays at Full HD+ resolution.

The company has done some other HDR-centric enhancements like RAW-domain multi-frame HDR capture and Zig-Zag HDR. The company said that MFNR(MFLL) performance has been improved by 20%, which means  shot-to-JPEG processing will become faster. The company has included a hardware warping engine used for electronic image stabilization (EIS).

MediaTek has some enhancements for better gaming experience. The company has done multi-threading optimizations on chip. The company claims that the P70 provides 7% better DOU and up to 35% lower power versus the P60. The chips supports 1080 video recording at the rate of 30 fps.