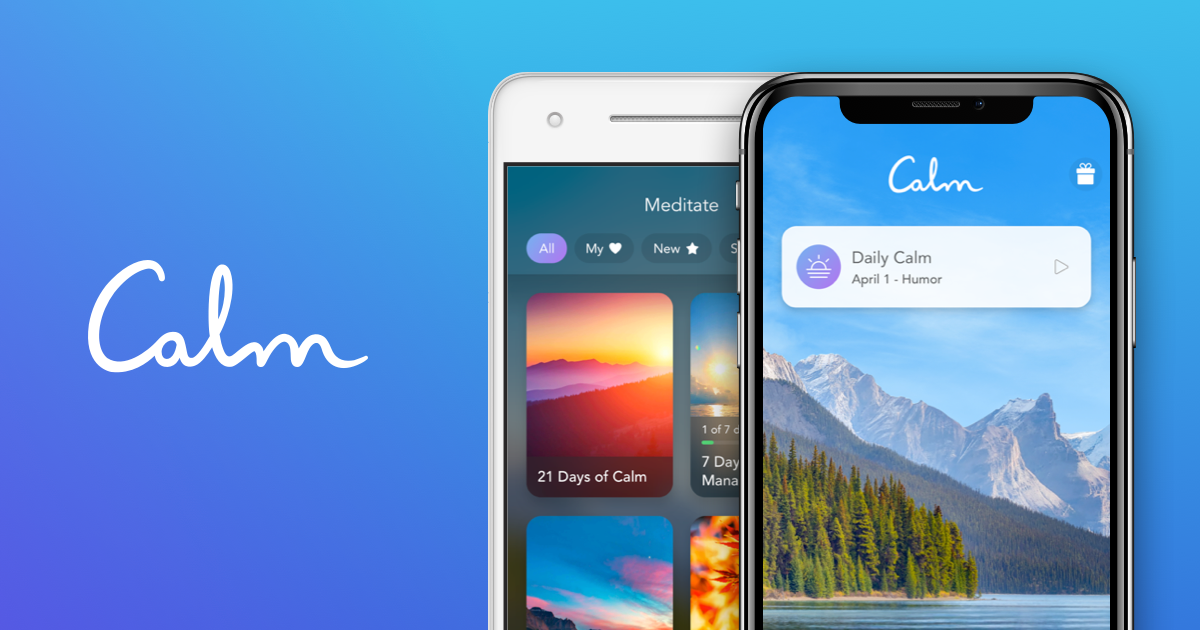 Calm is the number one, leading application for sleep and meditation that has recently known to double-down on its valuation at USD 2 billion by raising an additional USD 74 million funding in round led by Lightspeed Venture Partners.

The meditation and relaxation app company has raised total funding worth USD 218 million in 11 financing rounds. The latest funding received by the company was from its Series C funding round that concluded on 8th December 2020.

Calm has created a mental wellness mobile application to help its users relax and meditate.

Founded back in 2012 by Alex Tew and Michael Acton Smith, the company was launched with a mission to make the world a healthier and happy place by developing a range of digital and physical products that elevate mood, calms the mind and raises awareness of the increasing mental health issues in the modern-day and age. Mental health concerns include depression, anxiety, stress, hypersomnia, insomnia and many more.

To paraphrase Alex Tew, co-founder, Calm mentions in an exclusive interview with Bloomberg that with the increasing mental health awareness and now that people are taking these issues at work seriously, the door of opportunities have opened a little wider for the company and now they can ‘put the foot down on the gas’ even more.

The COVID-19 pandemic has put the world through many unfortunate situations and Calm has played a major role in helping people calm down. Many businesses were shut down in these past few months of lockdown and people have lost their jobs. This has become a major reason for mental instability, depression, anxiety and what not.

As reported by Bloomberg Quint, Calm partnered with American Express co. in the United States and all cardholders of the bank in certain countries along with all 12 million healthcare members of Kaiser Permanente currently has access to Calm membership, free of cost.

Furthermore, Calm is backed by some pretty influential organisations and people including newly added investors- Goldman Sachs Group and Salesforce CEO- Marc Benioff. Apart from them, Actor Ashton Kuchar-owned Sound Ventures have been an earlier investor in the meditation company who also participated in the company’s latest Series C funding round.

However, when asked about the latest infusion of USD 75 million funding, CEO Michael Acton Smith, Calm mentioned that the company intends to grow through future Mergers and Acquisitions. He further added that Calm has partnered with Singer/Actor Harry Styles, Musician Moby and Actor Matthew McConaughey to indulge in the international expansion of the brand.

In 2017, Calm app was awarded by Apple as the iPhone App of the year.