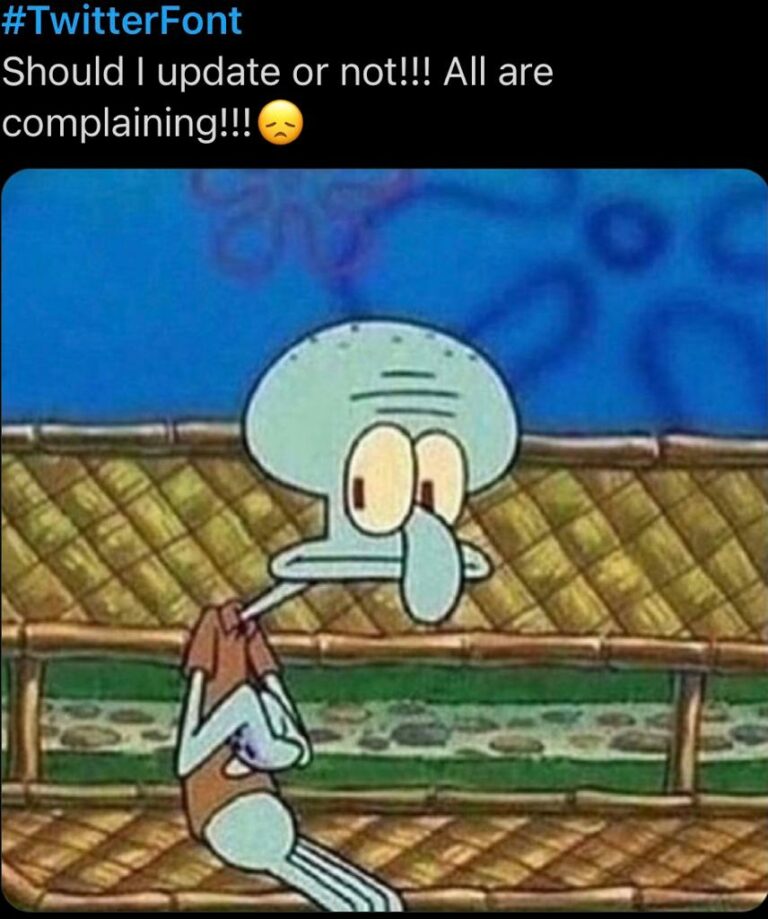 Memes flow from all directions as Twitter changes its font.

Even the slightest of actions are greatly magnified on Twitter. And today, the kick-off point of hilarious memes is Twitter itself. As the app made slight changes to its font, netizens channeled their responses in the form of hilarious memes. Seems like the change is so small that a good majority of the netizens aren’t able to spot the differences even after wearing giant glasses. And the very few who actually managed to spot the change weren’t really happy about it. Seems like netizens aren’t really enthusiastic about change. Because we know what happened when Discord changed its logo design, ever so slightly. Although the fondness factor in the case of the new font is quite low, that hasn’t stopped the flow of memes from all directions. And soon enough, “Twitter font” made it to the trending list.

A Flurry of Memes

The incessant flow of memes is not a new sight on Twitter. No matter what happens, the first response is almost always a meme. Or rather, a chain reaction of memes. Now let us flip through some of the hilarious memes that sprang up on Twitter in response to the change of font.

Seems like the glasses aren’t really helping with the change spotting business.

Now we know, where the app got its inspiration from.

Should we play another round of spot the difference?

It is not just your eyes my friend.

Talk about people with sharp eyesight.

this new #TwitterFont looks kinda weird. To be honest, it's a big no-no for me 😕 pic.twitter.com/INKnVKsn0X

That is a really good question. If you don’t have sharp eyesight, or if your eyesight is normal, it wouldn’t make much of a difference.

#TwitterFont
Should I update or not!!! All are complaining!!!😞 pic.twitter.com/4shXTAtdZ1

Ancient Greek mythology doesn’t sound that bad after all.

This new font makes me feel like I'm reading an ancient Greek mythology book for some reason. #TwitterFont pic.twitter.com/HeuvCZvNSU

Not really. Most cannot.

Is it still bad that I’m not seeing the difference in the “new” #TwitterFont? pic.twitter.com/yK4uY9Pgvi

A better reaction is hard to imagine.

Why did we not think of magnifying glasses before?

We can definitely use some of that.