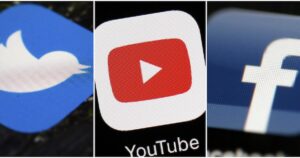 Russian state media channels Russia Today (RT) and Sputnik have lost their social media access in European Union. The social media platforms Facebook, Instagram (under Meta), Youtube and TikTok announced that the access to these channels will be completely shut down in Europe. This announcement comes forward as the most prominent set of restrictions ever imposed on the channels of RT and Sputnik by social media companies.

After Russia launched a full scale invasion of Ukraine of February 24, EU made the announcement on Sunday February 27 that they would ban Russian state-owned media. The state media channels Russia Today (RT) and Sputnik, along with their subsidiaries would not be available anymore. Ursula von der Leyen, the European Commission President said that these outlets would “no longer be able to spread their lies to justify Putin’s war.”

Nick Clegg, the President of global policy at the parent company of Facebook and Instagram, Meta made a post on Twitter on Monday, February 28. In the tweet, he mentioned that Meta had received a number of requests from numerous governments and the European Union. The request entailed further restrictions of Russian state media channels on social media platforms.

“Given the exceptional nature of the current situation, we will be restricting access to RT and Sputnik across the EU at this time,” Clegg said.

In a previous announcement, Meta had specified that these Russian state media channels would not have permission to sell ads or gain profit on any Meta’s platform. In retaliation, Putin had placed a partial restriction ban on Facebook. Google-parent, Alphabet Inc had also made a similar announcement this week. Google had blocked Russian state media outlets from selling ads and monetising content on Youtube, along with Google.

In statement on Twitter, Google announced that they would be blocking Russia Today (RT) and Sputnik’s channels on Youtube across the entirety of Europe. They added that this decision be effective immediately owing to the war currently going on in Ukraine.

TikTok confirmed to other sources that it would similarly ban Russia Today (RT) and Sputnik, along with their affiliates in the European Union. In case of other social media platforms such as Twitter, no official statement has been released yet. Twitter has not specified where it will join these other companies in blocking Russian state media outlets in Europe. Though they have not official commented on the situation, they specified this week that they will be labelling tweets that contain content from these Russian state media outlets.